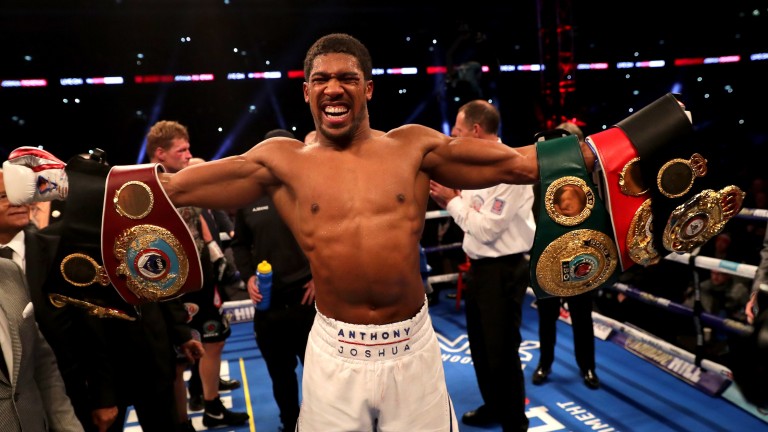 Unified World heavyweight boxing champion Anthony Joshua is a massive favourite to successfully defend his titles when he makes his US debut at Madison Square Garden in New York against Jarrell 'Big Baby' Miller on June 1.

Joshua, who holds the IBF, WBO and WBA Super belts, had been hoping to take on Deontay Wilder at Wembley in April, but his plans were scuppered after Wilder's dramatic draw with Tyson Fury on December.

An offer was made for Joshua to fight Dillian Whyte, but Whyte failed to agree terms and a deal was instead agreed with Miller, who is 30 years old and undefeated with 23 wins and 20 KOs, but has never competed in boxing's top tier.

Promoter Eddie Hearn will pull out all his tricks to convince the public that this is a competitive fight worthy of pay-per-view status, but most people in boxing expect it to be a walkover and bookmakers agree, making Joshua around 1-9 for the 'W' with Miller around 9-2 to upset the applecart.