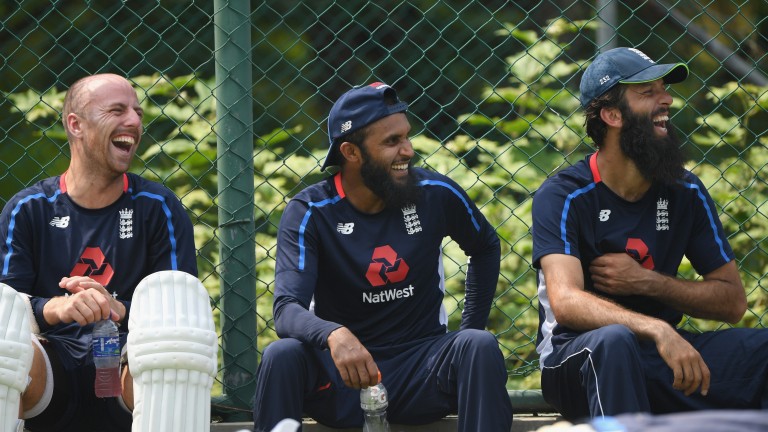 England ended their 13-Test winless run away from home in fine style in Galle and bookmakers are taking few chances with the tourists in the second Test against Sri Lanka in Pallekele.

Joe Root’s side responded superbly to a chaotic first session of the series in Galle, showcasing their batting depth and the quality of their spin bowling on the way to a 211-run victory.

They are favourites to seal the three-match series at the Kandy venue and the Lankans have been forced into a major reshuffle after the retirement of Rangana Herath and a groin injury to captain Dinesh Chandimal.

Mathews batted pleasingly for 52 and 53 in the first Test – the highest scores on the Lankan card in both innings – and should be relied upon to lead the way in the second Test too.

Controversially dropped from the one-day side despite being the top runscorer in the August series against South Africa, Mathews remains a solid figure in the Test middle-order.

He averages 47.55 in home Test matches and 49.15 against England, with two centuries and four fifties in 13 innings, while his innings of 122 against Pakistan in Pallekele in 2015 is his highest Test score in Sri Lanka.

Ben Foakes’s man-of-the-match performance in Galle may force England into yet another rejig of their batting order.

The Surrey wicketkeeper scored a superb debut century at number seven but Moeen Ali failed twice at number three so Jos Buttler or Ben Stokes could be promoted to bat in England’s problem position.

The England management have great faith in Stokes’s batting and, after being bowled round his legs for seven in the first innings of the series, he battled back with 62, featuring four fours and three sixes, in his second dig in Galle.

Finding England’s top runscorer is a thankless task given the depth of their batting with Sam Curran at number eight and Adil Rashid, a man with ten first-class centuries, at nine.

However, the 9-4 about Stokes reaching 50 in the first innings is worth a bet whether he comes in at number three, five or six against a weakened home attack.

England should still be wary of Dilruwan Perera, who produced a lovely delivery to bowl Stokes in the second innings in Galle – one of seven wickets in the match for the prolific off-spinner.

He was particularly impressive in the first innings, taking 5-75, and the 3-1 that he claims more wickets than his colleagues first time around in Pallekele is a tempting price.

Veteran Herath bowed out after the first Test and fellow spinner Akila Dananjaya is under pressure after being reported for a suspect bowling action in Galle.

He will be permitted to bowl in the second Test but Dilruwan, who has claimed 85 wickets in 18 home Test matches, is the clear leader of the attack.

Venue
The Pallekele International Stadium has hosted six Tests since 2010, with three draws, one home win and two away victories.

Sri Lanka’s win over Australia in 2016 was inspired by a stunning second-innings 176 from Kusal Mendis after the hosts were bowled out for just 117 on day one.

Seamers tend to play a bigger role in Pallekele than at other venues on the Teardrop Isle although spinners took 19 of the 29 wickets to fall to bowlers when India visited last year.

Team news
The injured Chandimal could be replaced by Roshen Silva or the uncapped Charith Asalanka. Spinner Malinda Pushpakumara is set to come in for Herath.

Jonny Bairstow may have to wait for a return after Foakes’s stellar debut so England could be unchanged, albeit with a new batting order after Moeen’s struggles at number three.

Weather
Isolated showers are forecast for days one, two and five with more persistent rain expected on the third and fourth afternoons of the match. Temperatures from 22C to 29C.

FIRST PUBLISHED 8:00PM, NOV 12 2018
Dilruwan Perera produced a lovely delivery to bowl Stokes in the second innings in Galle ? one of seven wickets in the match for the prolific spinner