Best bets for the first women's Major of 2019 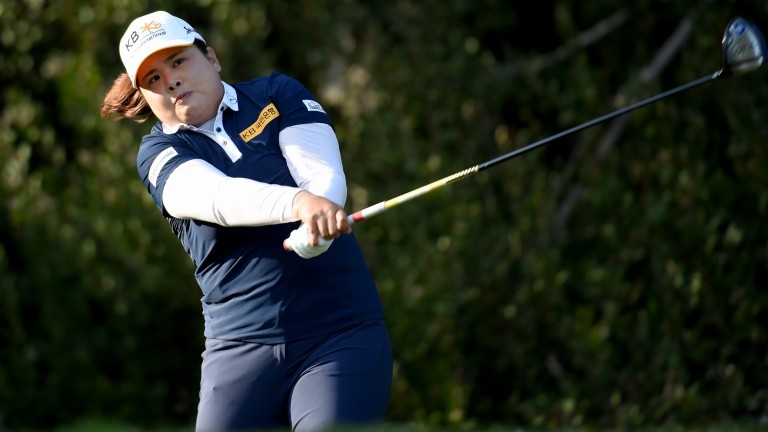 The Inspiration, the first women's Major of the year, produced a shock of seismic proportions 12 months ago when 500-1 shot Pernilla Lindberg made it her first victory anywhere after a nine-year career as an also-ran.

The 32-year-old Swede is back to defend her title at Mission Hills, California, this week but she has not won or made the frame in 27 outings since and there are plenty more likely to be heading into Poppie's Pond for the traditional soaking that awaits the winner.

That could well be someone who has braved the Pond before, 2013 champion Inbee Park, who has gone close the last two years, one shot out of the 2017 playoff and pipped by Lindberg in a marathon eight-hole shootout in 2018.

The seven-time Major winner has been around so long that it's hard to credit she is still only 30. Although not quite the all-conquering force of her peak years, she is still a regular contender and was runner-up last Sunday. Inbee rates solid each-way value.

Nasa Hataoka, the Japanese rival who beat her in the Kia, is only 20 and already a three-time LPGA winner while another 20-year-old, Nelly Korda, has just won the Australian Open and overtaken big sister Jessica on ranking.

Sung Hyun Park and Ariya Jutanugarn are rated one and two in the world but Ariya has started the year poorly and Park has not done better than sixth in three visits. Both are worth taking on, particularly Jutanugarn, whose sister Moriya is also a contender.

World number three Minjee Lee, third at Rancho Mirage two years ago and in great form in her home country Australia, is unlikely to be far away and the same applies to Jin Young Ko, the player with the best current form: first, second and third on her three latest outings.

Ko is disputing favouritism but her Mission Hills record (71-MC-64) does not speak in her favour and Lexi Thompson at almost three times her price is more appealing.

True, the 2014 champion has underachieved this year but it is only last November that she dotted up in the Tour Championship.

Thompson would have bagged her second Inspiration in 2017 but for a rules infringement which cost her four shots. Instead of winning easily, she lost out in a playoff to So Yeon Ryu (another with a fair shout) but her overall Mission Hills record is impressive and her price looks generous.

British Open champion Georgia Hall and 2016 Inspiration runner-up Charley Hull head the European challenge but have not made much impact in the States this year and a small interest at three-figure odds on Anne van Dam could be more fun.

The Dutch bomber hits it 290 yards, is the longest driver in the field and has won three times in six months on the LET tour. This is much tougher but she is full of confidence.

Course overview Famous for its rolling hills, deep bunkers and signature 18th, a par-five with an island green. A resort course but always a decent test, with 15 under getting into the playoff last year. By tradition, the winner has to jump into Poppie's Pond beside the 18th green.

Story of last year A 500-1 shock as little-known Swede Pernilla Lindberg, in her 193rd LPGA start, traded shot for shot with the legendary Inbee Park and came out on top in a marathon eight-hole playoff that started on Sunday and finished on Monday with Lindberg draining a 30ft birdie putt.

Weather forecast Very warm (27C) with cloud cover for round one but hot, sticky and sunny (up to 35C) at the weekend. Moderate wind.

FIRST PUBLISHED 8:00PM, APR 3 2019
Although Inbee Park is not quite the all-conquering force of her peak years, she is still a regular contender and was runner-up last Sunday