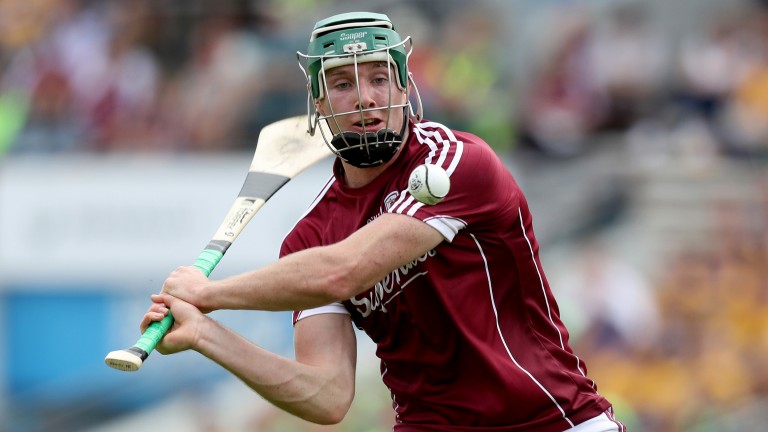 Cathal Mannion has shone since moving to midfield for Galway
©INPHO/Oisin Keniry
1 of 1
By Michael Mulvihill 8:01PM, MAR 15 2019

Tipperary have scraped their way into the NHL knockout stages via scoring difference, mostly due to their wide-margin success over Cork last weekend.

Having returned from a warm-weather training camp only two days before the game, Tipperary could have been expected to be tired but the opposite was true as they dominated against Cork.

Jason Forde has taken over free-taking duty and he finished with 1-13 in that encounter. A scoring spread over eight players is healthy and they’ll be hoping their star-studded forward line can open up in front of their home crowd.

They face tough opposition in Dublin, however, . The Dubs finished top of Division 1B and have improved throughout, bouncing back from a loss to Galway with an impressive success over Waterford at home.

Danny Sutcliffe has hit form for Dublin and he’s crucial for them as they have lacked scoring power in the past. They have had the benefit of a weekend off prior to this clash, and have used that to good effect with a training camp last weekend.

These sides met at the same stage last year, when Dublin started well and led by eight points after ten minutes, but Tipperary showed their class and prevailed.

Tipperary are not in the same form and have been disappointing throughout the league campaign.

The addition of Eamon O’Shea to the backroom team indicates all was not well in the Tipperary camp and while they should have too much for Dublin, it looks set to be tighter than many expect.

This looks to be the game of the round with both sides in form, but the break that Clare have had might just give them the edge.

Their tie against Limerick in the last round of the league went ahead when others were abandoned, so they enjoyed last weekend off to prepare for this tie.

Having been beaten in the last two Munster finals, Clare are desperate for silverware.

Waterford, like Galway, have used 1B as a training ground to try out
players and they’ll be happy with how the league has gone.

Brothers Shane and Stephen Bennett have been their go-to men, hitting 1-11 between them against Galway in tough conditions last week.

Clare have had a solid league campaign, beating Kilkenny
and Wexford, and their draw with Limerick in the last round will have given them confidence. They are especially difficult to beat at home, so will need to improve on the road if they are to go far.

Waterford have home games in the Munster Championship this year so they will want to make Walsh Park a fortress, something which they started last week.

This is likely to be a tight encounter between two hard-working sides but the home team can edge it.

Galway have ambled their way through the league, finishing third in Division 1B with wins over Dublin, Laois and Offaly, but they have a great opportunity to kick into gear and book their place in the league semi-final.

Michael Donoghue has used the league to get to know his panel and has given plenty of players chances in different positions, with Cathal Mannion’s move to midfield catching the eye.

Mannion was one of Galway’s top forwards in 2018 but he can struggle to get on the ball at times so this change has freed him up and it seems to suit him. The more Galway get him on the ball, the better.

After an opening-round loss to Limerick, Wexford ended the league in second place with three wins, which Davy Fitzgerald will be delighted with.

He’ll be especially happy with their convincing victory over Kilkenny last weekend. Wexford showed they have scoring power all over the field with ten players getting on the scoresheet against Kilkenny.

They were comprehensive seven-point winners over the Cats, but this is a much bigger test. Galway look a step ahead of Wexford, even at this early stage of the year, and their time in 1B will have done them no harm.

With home advantage and some of their key players going well, expect Galway to win comfortably.