Clare can capitalise if the favourites falter 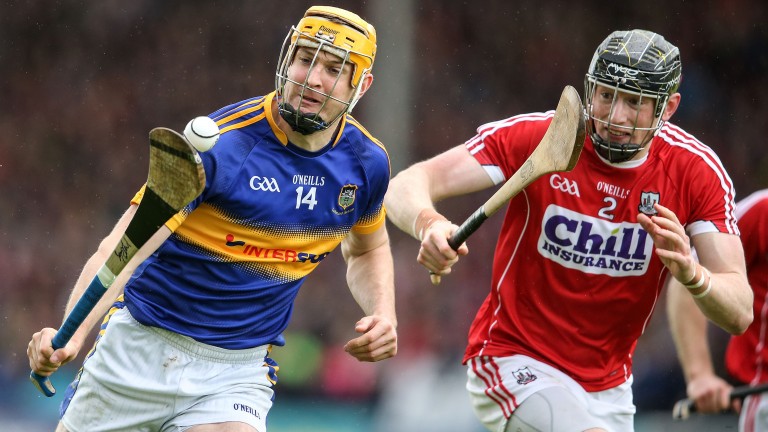 Seamus Callanan (left): set to miss the opening rounds of the Allianz Hurling League for Tipperary
INPHO/Cathal Noonan
1 of 1
By Mark Boylan 4:15PM, MAY 7 2021

Tipperary to finish top of Division 1A
1pt 4-1 general

It's been a real drought for hurling fans since Limerick lifted the Liam MacCarthy Cup in mid-December so this year's Allianz National League will be just what the doctor ordered, although we're dealing with a different format than previously.

Division 1A and 1B are still in operation - with games running from this weekend to June 12-13 - but there will be no overall Division 1 quarter-finals, semi-finals or final played.

Instead, the revised league structure means there will be joint competition winners for 2021, unless the teams who top Division 1A and 1B meet in the championship later this year - such a fixture would double as a league final.

That makes matters a little messy when assessing the outright league winner market, with dead-heat rules in place.

Limerick are clearly an exceptional outfit with every chance of extending their dominance this year, but the league hat-trick seekers are as short as 6-4 and the prospect of having to endure a dead-heat on top of those skimpy odds means they represent little value.

It could pay to take a chance on finding a bigger-priced alternative to top their side of Division 1.

Westmeath are immediately ruled out of the 1A discussion, while Waterford look set to be without some key men and Cork haven't won the league since 1998, not appearing to place any serious emphasis on the competition.

That leaves Galway and Tipperary as the two viable alternatives to the reigning champions, with slight preference for the latter, who will be hungry to prove they've got what it takes to threaten the Treaty County after tasting defeat in five of their last six league and championship meetings.

Tipperary have historically struggled to put two All-Ireland title wins back-to-back and that proved the case again last season after claiming the championship in 2019.

However, they were arguably unfortunate to come out on the wrong side of a gripping clash against Galway in last year's All-Ireland quarter-final when the sending off of Cathal Barrett proved a huge influence on the outcome.

They were beaten by only two points on that occasion and have enough young talent emerging to just get the nod over the Tribesmen in terms of being Limerick's biggest league threat.

Galway, who have plenty of experienced faces in the heart of their team, are bound to be experimenting with fresh blood in this competition and it will be interesting to see how they progress with a view to the championship as leading Leinster contenders.

On the other side of the division, Kilkenny are poor value 11-10 to finish first in 1B after their lack of proven top-drawer squad depth and overreliance on TJ Reid was exposed in last year's All Ireland semi-final defeat to Waterford.

Questions are now being asked of the Cats, who are without Colin Fennelly this season and recently saw Paul Murphy and Ger Aylward retire - Clare look best placed to capitalise and are a confident vote to top 1B.

The Banner County won four of their five league outings last year before falling well short of champions Limerick in the rearranged final and also the Munster quarter-final.

An injury to Tony Kelly proved the last nail in the coffin of their 2020 All-Ireland hopes, eliminated by finalists Waterford at the quarter-final stage, but they had some encouraging moments and look a solid option in this competition.

Rivals Dublin have shown flashes of potential but aren't reliable, while Wexford, who have the ability to upset anyone when bringing their best, will likely be aiming to peak later in the season after coming to the boil much too soon physically in their disastrous 2020 championship.

FIRST PUBLISHED 4:15PM, MAY 7 2021
It could pay to take a chance on finding a bigger-priced alternative to top their side of Division 1