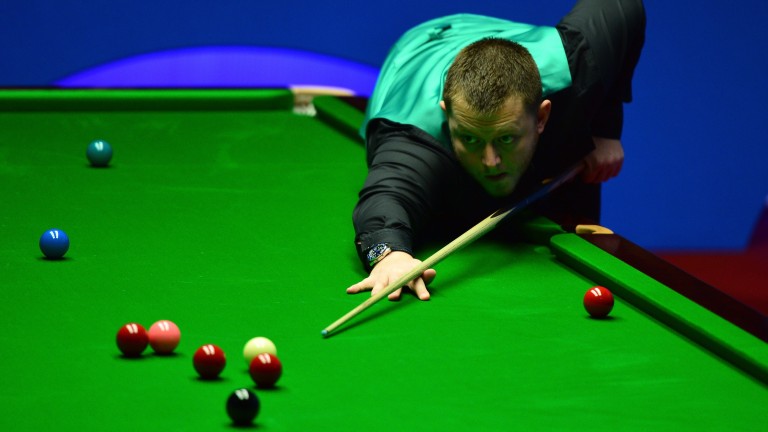 The second instalment of World Snooker’s Home Nations Series begins in Belfast this morning, with English Open winner Liang Wenbo the only man chasing the £1,000,000 bonus for winning all four legs.

The Titanic Exhibition Centre plays host and home favourite Mark Allen ticks enough boxes to warrant an interest at the prices on offer.

The draw has been extremely kind to the Antrim potter, who, if seeing off the capable Mark Joyce in his opening match, should enjoy a smooth passage to the quarter-finals where he is likely to face either Anthony McGill or Ding Junhui.

Allen will no doubt be the crowd favourite, but that aside, he has been knocking on the door recently in tournaments so carries strong form into this.

In-form John Higgins was too strong for Allen in their semi-final clash earlier this month during the lucrative China Championship, before a Ronnie O’Sullivan masterclass proved too much in last week’s Champion Of Champions quarter-final.

However, Allen had looked in irresistible form when seeing off both Joe Perry and Mark Selby prior to that and is beginning to reproduce the sort of snooker that has seen him land nine titles as a professional.

The Pistol’s break-building has really caught the eye in recent events. In the last six matches that Allen has competed in, he has made 22 breaks of more than 50, with six of those knocks being centuries.

Given that sort of scoring it looks just a matter of time before Allen lifts another trophy.

The late withdrawals of Ali Carter and Judd Trump have certainly weakened the first quarter of the draw, where Stephen Maguire and Liang Wenbo are now the two potters most likely to progress.

The Scot should be fresher than most players on tour coming into this having failed to qualify for the Champion of Champions in Coventry and missing the invitational China Championship event before that.

Mags has shown flashes of brilliance at times this season, and it’s difficult to argue that he is not a much better performer than his current world ranking of 19 suggests.

Maguire is a 25-1 shot and that looks well worth a bet.