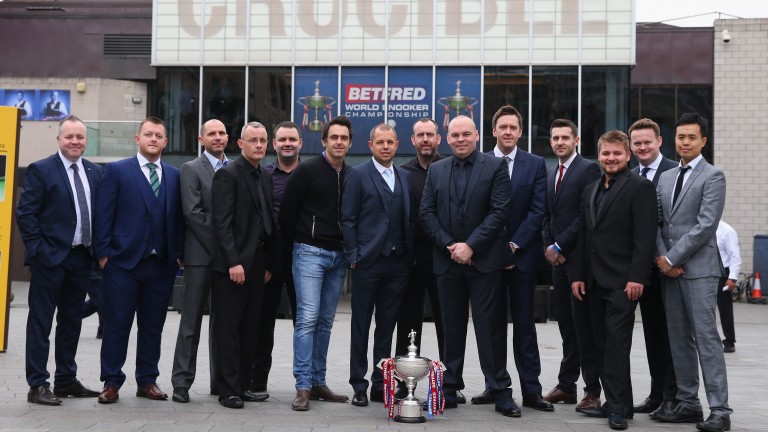 Murphy v Yan Bingtao
Shaun Murphy, the last qualifier to win the World Championship, takes on Crucible debutant Yan Bingtao in the first round of the Sheffield showpiece.

The 2005 champion is understandably rated favourite for today's clash but perhaps the gap between the players is bigger than the handicap prices suggest.

Murphy is a 6-10 shot giving the Chinese youngster a one-and-a-half frame start which represents a bit of value. Any Murphy win bar a 10-9 victory will land the handicap bet and that looks by dfar the most likely outcome.

Murphy has the required experience and temperament and his win in the Gibraltar Open last month, albeit in a low-key event, shows that his game is in decent nick.

Bingtao is a gifted young cueman and looks likely to enjoy many fruitful years at the Crucible. He may well take to it without a problem but he has yet to show he can handle the pressure and demands of the Betfred World Championship and it looks right to oppose him on this occasion.

Bingham v Ebdon
One qualifier who will not be found wanting in the experience department is Peter Ebdon and he can at least make Stuart Bingham work for a second-round spot in a battle of two Crucible champions.

It's fair to say that Ebdon isn't best suited to the mainly best-of-seven or best-of-nine-frame tournaments that dominate the calendar and perhaps he may not even enjoy playing in them. However, multi-session best-of-19 showdowns are a different story and Ebdon comes alive in them.

Ebbo is 46 now and certainly not the force he was, but he can still produce the old magic in short bursts. A 10-3 win over Michael Wild and two excellent 10-9 victories against Jack Lisowski and classy operator Michael Holt show that he is more than capable of staying within four frames of Bingham and a victory is no forlorn hope.

2015 champ Bingham is a top-class cueman but he can be vulnerable early on in tournaments and at the prices looks worth taking on.

Fu v Brecel
For such a supreme potter Marco Fu has a very ordinary record in the World Championship. Last year's semi-final was the first time the Hong Kong star had been past the second round in his last ten visits and he could face another tough examination of his Crucible credentials against Luca Brecel.

Brecel qualified with a 10-4 win over Sean O'Sullivan and a 10-8 and 10-5 win over Joe Swail and Dominic Dale. Those results are impressive on paper and Swail and Dale are experienced long-format performers. A criticism that is often levelled at Brecel is that his game is too open and attacking, but victories in the qualifiers against those opponents goes some way to showing that he does have a Plan B and can grind it out if required.

There is no doubting Brecel's scoring power and if his break-building clicks into gear he can cause Fu plenty of problems. Backing the Belgian getting a 3.5-frame start at 5-6 looks a tasty wager.

Allen v J Robertson
Mark Allen v Jimmy Robertson has all the ingredients to be one of the clashes of the first round and backing at least two centuries at 5-6 looks the way to go. Both players are attacking and fluent break-builders and it's difficult to see this clash becoming a tactical battle.

Allen's break-building talent is immense and the Pistol is no stranger to knocking in big scores at the Crucible.

The Antrim ace hit a ton in the first round against Mitchell Mann last year and made three centuries in a 13-9 loss to Kyren Wilson in the second round.

Robertson is no back number either. The Bexhill-on-Sea cueman hit a 106 knock in a first-round loss to Marco Fu in 2015 and he should improve for that experience, given it was only his second visit to Sheffield.

Robertson lost 10-1 to Mark Selby in his first World Championship appearance but he is a far better player than that result suggests and the pair should rack up some big breaks.