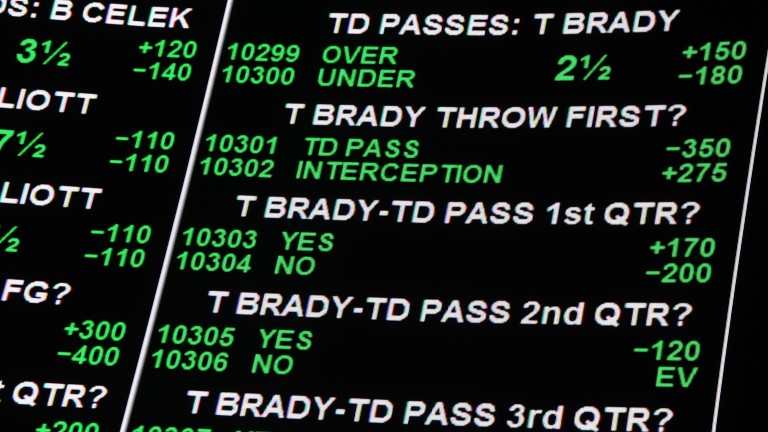 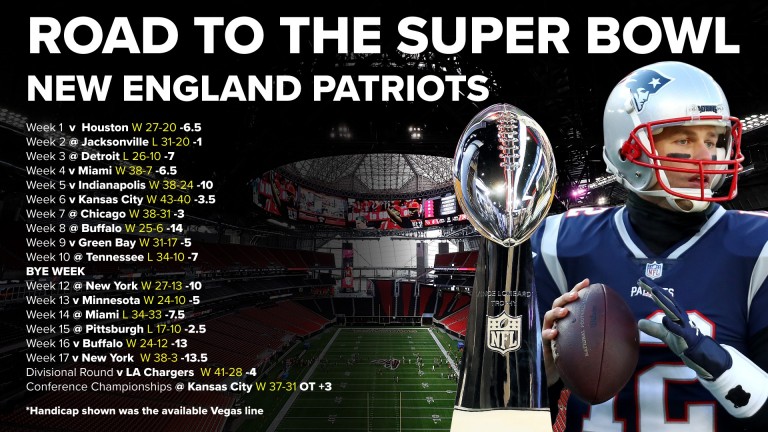 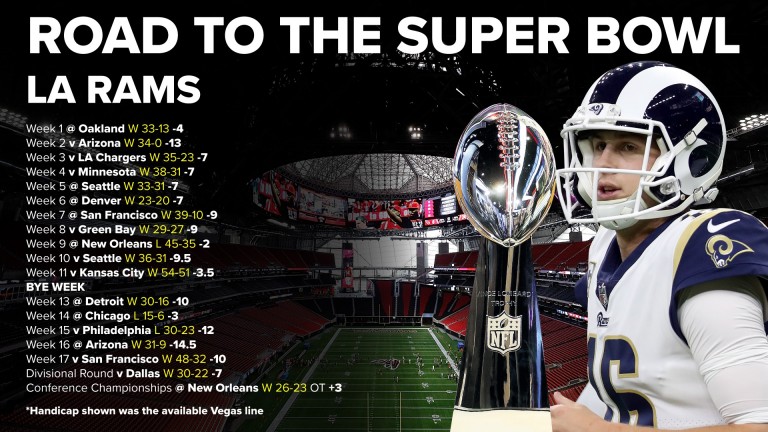 The Vegas casinos will be busy for Super Bowl Sunday
Ethan Miller
1 of 3
By Racing Post Sport UPDATED 1:02PM, JAN 29 2019

We asked Jason Logan, the Senior Industry Analyst and Managing Editor for Covers.com for his views on the Super Bowl and the overall betting scene in the US.

What are attitudes to gambling like in the US and how are things changing with new laws making betting more accessible?

Sports betting is slowly bleeding into the mainstream media cycle since the expansion of legalised betting in the United States, but the appetite is still more on a state-to-state basis.

From my own experiences, places like New Jersey, Pennsylvania and neighboring New York (still pending legalisation) are much more up front about the sports-betting conversation when discussing local sports.

Even states like New Orleans are more liberal when it comes to sports betting, even though it hasn’t been legalised there, simply because neighboring Mississippi does now have legal sports gaming. Also you're in the heart of football country so everyone knows the spread of that week's big game whether they’re betting or not.

However, you do have some states such as Carolina or Georgia which aren’t as forthcoming when it comes to integrating odds and gambling speak into their daily sports coverage.

How are things in the US different to, for example, the European market or the UK & Ireland betting environment?

I would say it’s that betting analysis and the integration of odds are not yet woven into the fabric of US sport. The Super Bowl is the biggest exception to that rule in North American sports as it’s the one time everyone knows the point spread and is comfortable talking about it.

How much will be bet on the Super Bowl in Vegas?

The state’s handle for Super Bowl LIII could be tempered a bit due to East Coasters opting not to travel to Las Vegas but preferring to visit sportsbooks closer to home. I expect to see some massive numbers from states such as New Jersey and Pennsylvania this year.

In North America, the Super Bowl is the biggest single event in terms of sports-betting action. The NCAA basketball tournament – known as 'March Madness' – will bring in a bigger overall handle than the Super Bowl, but that’s over the course of a 68-team tournament.

The match-ups in the NBA Finals and World Series are significant in terms of popularity, but they finish well off the betting pace of the Super Bowl.

Where has the money gone so far on the Super Bowl and how do you think the line will move?

Some books actually opened with New England as one-point underdogs but the bulk of the betting action in the first 48 hours of the Super Bowl was on the Patriots, pushing the spread as high as New England -3.

That early money is most often sharp play from the professionals, and if you weigh that early 'sharp' opinion against the final results, the early money has been the right bet in eight of the past 11 Super Bowls.

I expect more money to come in on the Rams closer to kick-off, once the tourists pile into the casinos across the country. Most books are dealing Patriots -2.5 or -2 right now and that could come down a bit depending on how much the average Joes jump on Los Angeles.

Are the professionals and the public likely to bet the same way?

The Super Bowl spread is a very different beast to any other NFL point spread all season because it’s dictated by public play – not sharp opinion. About 98 per cent of the overall handle comes in the final 48 hours before kick-off and you will see a lot of play on the underdogs either against the spread or taking the dogs to win outright.

Are bettors stimulated or bored by the fact that New England are so successful at getting to the Super Bowl?

I know some online bookies are tired of setting the same old Super Bowl props around the Patriots, like 'Will Belichick wear a hoodie?' and 'How many times will the broadcast show Gisele?'

New England do have a big fanbase and they also draw the ire of many football fans who simply want to bet against Brady & co.

I believe having New England in the Super Bowl is good for the books and the networks in terms of audience. But, yeah, some bettors are growing tired of seeing them in there. Personally, I was pulling for an LA versus Kansas City Super Bowl after watching what those teams did on Monday Night Football in Week 11. That game was a blast to watch and wager on.

Would total points be higher in big games with non-professionals wanting to bet the overs for an interest?

Whether it’s Monday Night Football or the Super Bowl, the public loves to bet the over in high-profile games. Nobody wants to sit through a low-scoring game.

This will continue again for Super Bowl LIII, especially considering how wild the last two Super Sundays have been. Books may pad the over/under number a little bit to guard against that one-sided play, but nothing big. As we’ve seen so far, the early sharp play on the Super Bowl LIII total has taken the under, trimming the number from 58 to 57. I see this ticking back up before kick-off.

How much attention is paid to the early money and does a big bet by a shrewd professional count for a lot more than weight of cash from the casual bettors?

The Super Bowl line is a rare one because it is dictated by the public play. Any other week of the NFL season, sportsbooks really let the sharps and professionals dictate the line movement, and a big bet from a respected player will absolutely move a number.

However, those same books won’t adjust as much to a bigger smart play on the Super Bowl because they know there is a flood of action coming from Joe Public on Friday, Saturday and Sunday before kick-off. All those smaller wagers will eventually add up and balance the handle on either side.

Finally what is your best bet for the Super Bowl?

Oh boy. I’ve already grabbed the Rams +2.5. But a warning: I’ve been terrible at betting the big game in recent years. My lone winning wager from last year was backing Justin Timberlake to cover a Prince song during the half-time show. Being in Minnesota, of course he did.

I’m always a fan of the first-quarter under in the Super Bowl, which is set at 10.5 points. Players are always a little too amped-up and nerves often get the best of them, leading to some errant throws, bobbled snaps and dropped balls.

We’ve seen both the Rams and Pats be very methodical with the run game in the opening quarter this post-season and that could keep the clock ticking and scoring down in the opening 15 minutes.

*Covers.com are the top online resource for sports betting stats, match-ups, odds and analysis for all professional and major college US sports.