All-rounder Madsen should shine for Derbyshire 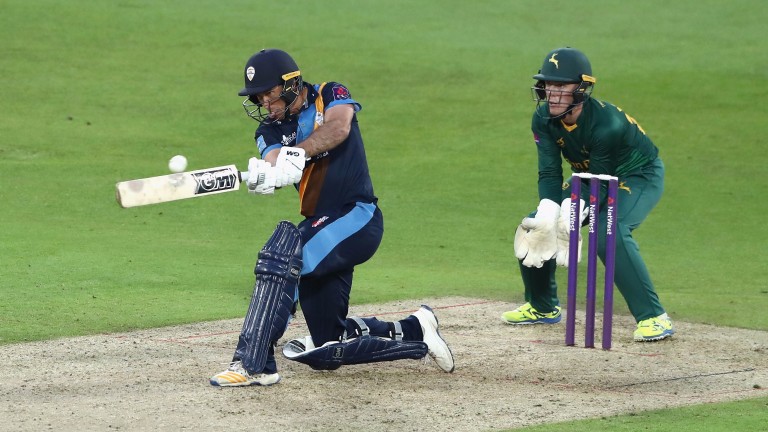 Wayne Madsen has been in excellent runscoring form for Derbyshire in the T20 Blast
David Rogers
1 of 1
By James Milton 8:00PM, AUG 14 2017

The North Group of the T20 Blast is heading for a tense finish and Derbyshire Falcons are 4-7 to enhance their chances of reaching the knockout stage with a home win over Durham Jets.

The Jets, who started the season with a four-point deduction, never hauled themselves into contention for the top four but their hosts are fifth - one of five teams separated by just two points.

Derbyshire have at least one game in hand on all of their rivals and the experience of players such as Imran Tahir, Matt Henry, Gary Wilson and Wayne Madsen means they are unlikely to freeze on the run-in.

Off-spinner Madsen has had a magnificent Blast campaign with the ball, taking ten wickets with the best economy rate of any Falcons bowler.

Middlesex are bottom of the congested South Group, only two points behind third-placed Essex, and Eoin Morgan's side are 8-11 to beat Gloucestershire at Uxbridge.