Donegal a value pick to take on odds-on Dublin 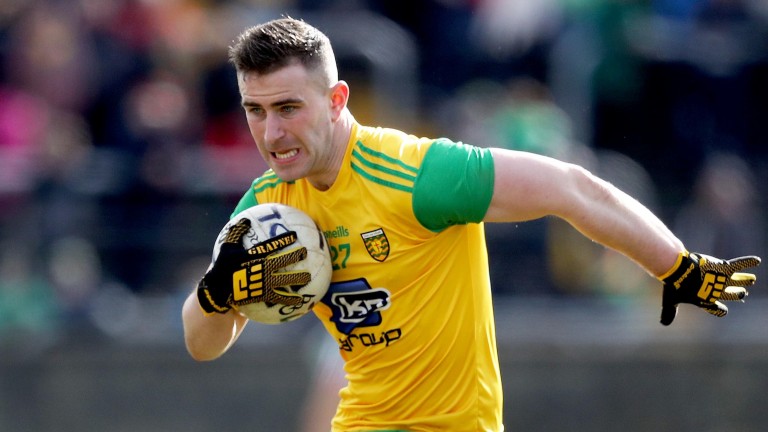 It's a price thing with Dublin. Why back them now when they will be a similar sort of price come the second weekend of August? It is hard to envisage them going much shorter than 4-6 before we reach the All-Ireland semi-final stage, unless, of course, Kerry or Mayo fail to escape unscathed from the Super 8s. So sit quiet for a few months if you fancy the Dubs.

Don't be fooled by their subdued spring either. Dublin are still the best in the business and it will take something special to stop their drive for five.

A lack of experienced leaders counts against Kerry. Kieran Donaghy has retired and, while Sean O'Shea and David Clifford are two of the more promising attackers around, it might be a year too early for the Kingdom under new boss Peter Keane.

It's the same old story with Mayo. The absence of another marquee forward to give Cillian O'Connor a dig out will make them vulnerable once again. They surprised everyone with their league success, and their high-tempo pressing game will suit the Super 8s, but when it comes to the crunch they could be found wanting up front.

Tyrone are no better now than they were in 2018 and that concern prevents the 12-1 on offer from looking attractive. They are a good side with extreme fitness levels but it was only midway through the league that Harte decided to alter their style. Expect them to reach the last four but that is where they could come unstuck.

Galway's preparation has been inconvenienced by injuries to key players and, more worryingly, they are not quite good enough.

Monaghan's chance might have come and gone. Malachy O'Rourke is one of the longest serving managers in any county and they were within touching distance of an All-Ireland final appearance last autumn only to have it snatched from their grasp from Tyrone in the dying seconds.

It's the suspicion that this Donegal team are every bit as good as the one which claimed All-Ireland glory in 2012 which makes the 22-1 offered by BoyleSports extremely attractive. That looks terrific value.

We have very short memories, you know. We seem to have forgotten Donegal waltzed through Ulster last year. They beat Cavan by eight points, Derry by six, Down by 13 and Fermanagh by 12 on their way to provincial glory. That is an average winning margin of 9.75 points. They scored two goals in each of the four games and averaged 2-19 per game.

The Super 8s was where Donegal exited the All-Ireland race. They went toe to toe with Dublin for long periods and a 2-15 to 0-16 final scoreline flattered the Dubs a little. They then dusted themselves off and accounted for Roscommon with the minimum of fuss, 0-20 to 0-13, and led Tyrone into the final quarter at Ballybofey only for a late rally from Mickey Harte's troops to deprive them of a spot in the last four.

It was interesting to hear some of the Donegal players talking before the league began, suggesting there was a terrific atmosphere in the camp and that a lot of their younger stars are now settled with jobs in their native county having spent the last couple of years in college in Dublin. That will mean a lot less travelling for training and it can only have a positive effect.

The fact that Donegal were able to gain promotion back to the top flight this spring even without Paddy McBrearty and a whole host of their big names speaks volumes. Geedore's voyage to the All-Ireland club semi-final didn't help matters either.

Michael Murphy looked better than ever in Donegal's 1-17 to 1-15 win over Meath in the Division 2 decider at Croke Park in April. He dictated the pace of the game and everything went through him. He scored 0-7 and was unsurprisingly awarded the man-of-the-match accolade afterwards.

McBrearty has made a full recovery from his nasty knee injury which ruled him out of the latter stages of last year and his addition to the Donegal attack will add extra impetus.

Jamie Brennan's pace and craft has the potential to carve open most defences and a full-forward line containing the Bundoran left-footer, who scored 1-6 in a recent club match against Milford, Murphy and McBrearty is the most potent trio in the country.

It is a shame Odhrán Mac Niallais has decided not to dedicate himself to the cause this year and he is a big loss but there is still a nice balance to this Donegal side.

Oisin Gallen has been a great find and the teenager looked the part in the league final, scoring four points from play. Ryan McHugh's progression to wing-forward from wing-back looks a shreewd move and the midfield pairing of Jason McGee and Hugh McFadden is working well.

With Neil McGee and Frank McGlynn to come back into defence and Leo McLoone widely believed to be one of the best number sixes in the game, Donegal look solid at the back too and Shaun Patton's lengthy kick-outs are a huge asset too.

There do not appear to be too many weaknesses in this Donegal side and if they can get over Tyrone in an Ulster semi-final, they should be able to retain their provincial crown.

They were only five points inferior to Dublin in last year's Super 8s and they look a better side this year so odds of 22-1 look far too generous.

If the betting is to be believed, Donegal are the sixth-best side in Ireland as most layers have five other counties ahead of them in the betting. But they have much more to offer than Galway this year and Kerry, Mayo and Tyrone are not shoo-ins for an All-Ireland semi-final spot either so take the 9-4 on offer about Declan Bonnar's charges getting to the last four.

That should be the least of their expectations this term with such attacking flair up front.

The Ulster championship could be underestimated. Tyrone and Monaghan both emerged from the Super 8s last season and, when you add Donegal into the mix, the 5-1 on offer about an Ulster team winning the All-Ireland looks a shade big.

Harte's decision to deploy Mattie Donnelly and Cathal McShane in a two-man forward line paid handsome dividends for Tyrone in the latter stages of the league and don't forget they have beaten Dublin in Croke Park. They remain contenders.

It could be foolish to write off Monaghan too. They might be without their preferred midfield pairing but they have a quality squad and deservedly beat Dublin in the league so it would be dangerous to underestimate them. They will have semi-final aspirations once again.

There is just one Leinster team capable of winning the All-Ireland. It is a similar story in Munster, while Mayo and Galway have the potential to go all the way in Connacht. Ulster is the only province with three genuine All-Ireland contenders, yet they are the biggest price of all to produce the winner. That makes little sense.