All Ireland hurling final: GAA predictions, where to watch and free tips 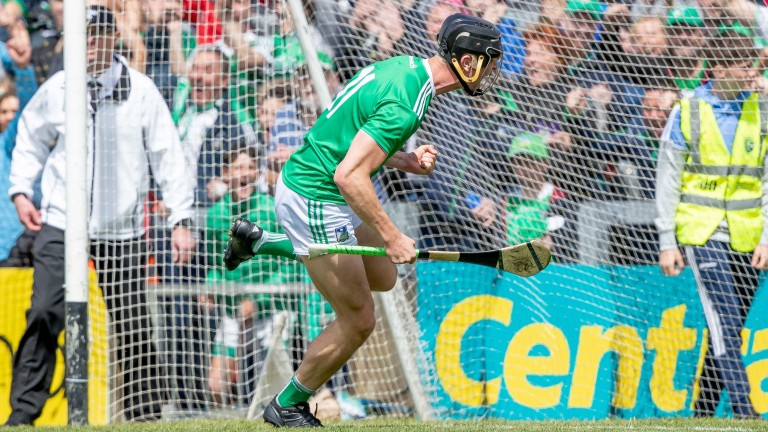 Draw at half time, Limerick to lead at full time
1pt 18-1 BoyleSports

A penalty to be awarded
1pt 9-4 Paddy Power

It's been a unique All-Ireland Hurling Championship this winter but there may not be anything unprecedented about the outcome of the 2020 decider as Limerick look set tp claim their second title in three years, cementing their status as the standout side of recent seasons.

This ridiculously talented Treaty outfit appear to be right on the edge of exploding into the monster performance they've been hinting at throughout the campaign.

The fact that they have won their nine league and championship games in 2020 by an average of 5.7 points yet there is still a belief that we haven't seen the very best of them this year tells you just how strong they are perceived to be.

Their full-forward line has done damage when the half-forwards were less influential, and those in the middle third have caught fire when the inside attackers had less of an impact - if all facets of their offence hit the ground running then Waterford will be in serious trouble.

The Deise, possibly helped psychologically by the more low-key build-up to the final in the current climate, arrive with confidence high after a remarkable third-quarter rally to get the better of Kilkenny, but if they are to overturn the long-range favourites they will require goals.

In a straight shootout of point-scoring, Waterford are unlikely to be able to live with Limerick's ability to fire over scores from across the field, and the only 2020 championship game that the south-eastern side didn't score a goal in this season was one they lost.

That was a four-point defeat at the hands of the Shannonsiders in the Munster final, but failing to raise a green flag doesn't come as a major surprise considering Limerick's strong defensive structures, and a number of their backs are set to feature in the 2020 All Star Awards.

It's worth remembering that the Treaty have not conceded more than two goals in any league or championship game since John Kiely's first season in charge back in 2017 - they can limit Waterford to under 1.5 goals on their road to victory.

Limerick bagged three goals in their Munster semi-final win over Tipperary but haven't rattled the net in their other trio of championship outings, struggling to convert their goal chances against Galway in the All Ireland semi-final.

With that in mind, the 7-4 about under 2.5 goals in the game makes some appeal too.

Waterford's difficult-to-stop direct running should yield a decent number of scoring chances from placed balls for Stephen Bennett. Limerick have committed more fouls than their opponents in each of their last four games.

Nerves may also creep in as the Deise bid to win their first All Ireland title since 1959, so the 9-4 on offer about a penalty being awarded could represent some value.

Aside from their opening game against Tipperary in the Allianz League in January, Limerick haven't trailed at half time in any of their competitive fixtures this season, while Waterford have been strongest in the third quarter, outscoring their opponents in the period after the break in each of their 2020 championship outings.

It's worth taking the 10-11 about Limerick leading at the interval and full time, while also having a saver at 18-1 on a draw at half-time and the Treaty being ahead at the death.

Given their average winning margin in 2020 of 5.7 points, Limerick to win by one to six points looks a rock-solid option at 7-5, while the exceptional Cian Lynch is worth taking a chance on in the RTE Man of the Match market.

Five of the last six players to be awarded the honour have operated between the half-back and half-forward lines, with the exception of star Tipperary attacker Seamus Callinan in 2016.

Lynch, a technically gifted big-game player who was RTE Man of the Match against Waterford in this year's Munster Final and was crowned Hurler of the Year in 2018, bagged a brace of points in each of his last three games and a point in the championship opener.

The Patrickswell man fits the right profile to oblige at 15-2.

Waterford have won every game in which they have scored a goal in this year's championship, with their only defeat coming against Limerick in the Munster final when John Kiely's men kept a clean sheet.