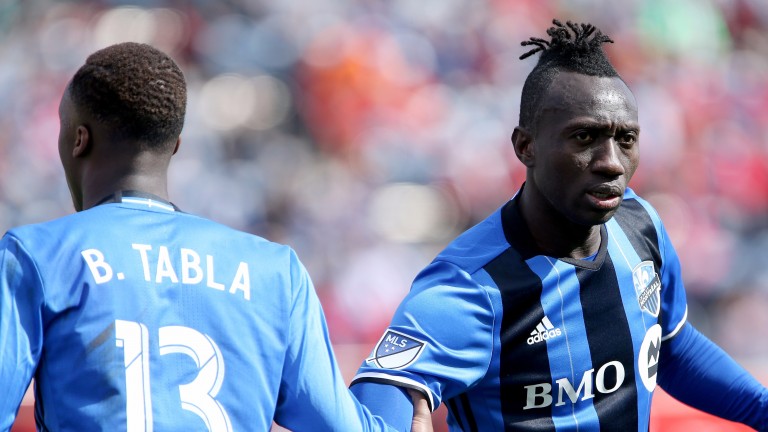 Bookmakers look right to anticipate goals in the all-Canadian MLS clash between Montreal Impact and Toronto FC at Stade Saputo.

Both teams to score is an 18-35 shot and over 2.5 goals is chalked up at 4-7 and that is no surprise as the sides are in terrific form at present and met twice in the Canadian Championship in June, drawing 1-1 at Stade Saputo before Toronto won 2-1 at home.

Toronto top the MLS Eastern Conference and are six points clear of New York City in their bid to claim the Supporters’ Shield for the most regular season points, with the playoffs less than ten matches away.

Montreal are beginning to motor too with four wins on the spin and have games in hand on plenty of section rivals.

However, there still seems to be some value in a bet on four or more goals at 16-11.

Last year, the teams went goal-crazy in their two Montreal MLS matches, drawing 2-2 in October’s regular-season battle before the Impact won their Conference Finals home leg 3-2. Toronto then progressed to the MLS Cup final 7-5 on aggregate after winning 5-2 in extra-time at BMO Field.

Goals have been a feature of both teams’ recent games too. There have been four or more in six of Toronto’s last nine outings and four times in their last five road trips. Impact beat Real Salt Lake 4-1 last Sunday to make it three home wins this month.