Fulham can continue their Championship charge 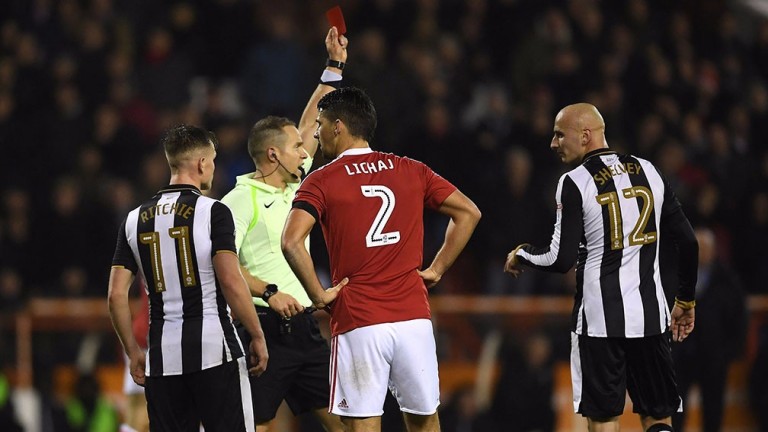 Last Friday afternoon, once all my weekend betting preparation was complete, I retired to a pub on Epsom Downs with some friends.
The round we ordered was always the same. Two Doom Bars, one Guinness, one Peroni.

By the second round the barman knew what was coming and produced the goods in a timely fashion without error. More rounds followed.

After some hours, the Guinness drinker decided it was time to move on to something else. I don’t know why, but Guinness drinkers are an odd bunch in general aren’t they?

The next round we’d order would be a little different. He’d have a vodka and lemonade instead.

The barman returned with two Doom Bars and one Peroni as expected. Plus a vodka and tonic.

He’d made a mistake. Something he wasn’t expecting happened and it led to an error.

In-play betting is the biggest growth product in sports betting.
First the internet, and more recently the rise of betting through smart phones, has enabled the astronomic rise of betting in-play across almost every sport.

For bookmakers, in-play betting turnover, and profits, have gone through the roof in recent years.

Sports like tennis and golf, which prior to the explosion of in-play betting were significant but not huge, are now massive in-play pulls. As usual in sports betting, however, the number one in-play sport is football.

Bookmakers, big betting syndicates and exchange layers alike all now use sophisticated models to formulate their in-play odds. When a goal is scored markets barely even suspend.

They reopen within a second or two with the new prices, all defined by those models.

They have seen almost everything that can happen in a football match hundreds of times before.

They know exactly how to react when there’s a goal or a red card. Like the barman, when the models know what’s coming next there won’t be a mistake.

But what happens when a situation arises that the model hasn’t seen many times before?

In betting, as in life, when something particularly rare occurs we’re taken by surprise.

Newcastle were sent off 5-6 favourites and led 1-0 at half-time. That wouldn’t be remotely unusual, but for the fact that Jonjo Shelvey was shown a red card on 33 minutes, then on the stroke of half-time Paul Dummett also received his marching orders.

Rafa Benitez’s side had to defend that 1-0 advantage for the remaining 45 minutes with just nine men.

That is a pretty rare occurrence. By usual standards, some wildly differing odds existed across the industry. One of the biggest fixed-odds firms reopened straight after the second red card with Forest at 11-4. The dominant betting exchange was around 13-5.

During the next few minutes that Forest price bounced all over the place, finally settling around 13-8.

Just for a few minutes the market was full of uncertainty. In effect, it was saying “we’re not sure what the true price is here”.

That doesn’t happen often, but when it does, for us as bettors, it’s our best chance to get one over on the models which, over time, will make money.

So keep an eye out for situations like this one, or perhaps a match where having made all three subs one team gets a goalkeeping injury and has to defend a lead with an outfield player in goal.

If your eye is on the ball, your judgement is good and you react quickly, you’ll spot the vodka and tonic before it arrives.

Cottagers are on the march

A five-point gap has opened between the top six and the rest in the Sky Bet Championship.

Now well over halfway through the season, you’d be forgiven for thinking those holding a place between third and sixth are in a very strong position to reach the playoffs at least.

But there’s a team in the chasing pack they all are need to be wary of. That team is Fulham.

After an unremarkable start to the season, the only club they have lost to since mid-October are Brighton.

They’re controlling and dominating games week in, week out, and results are now beginning to reflect that.

Leeds, Reading, Huddersfield and Sheffield Wednesday beware, Fulham are coming and that march up the table can continue with a win over QPR in tomorrow’s early live game.