Julen Lopetegui's men can grind out another three points 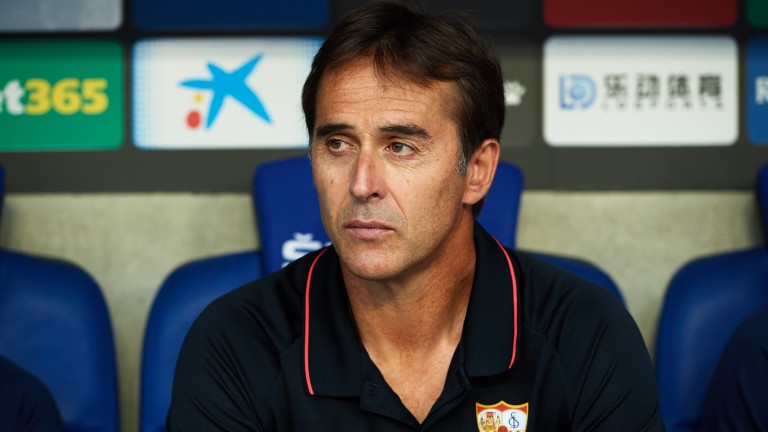 A mass influx of players and a new manager in the dugout can often be a recipe for disaster but Sevilla are reaping the rewards of their new-look set-up in La Liga.

The Andalusian outfit spent more than €150 million on new players this summer including Rony Lopes, Munas Dabbur, Javier Hernandez, Luuk de Jong and Lucas Ocampos and they have started the season with two wins to nil and a draw with Celta Vigo.

Manager Julen Lopetegui has made a good start as he bids to redeem his tainted reputation in Spain and has made Sevilla a tough side to break down. They should have few issues against shot-shy Alaves.

The hosts have scored only two goals in their opening three league assignments and could struggle to create opportunities if they deploy Joselu as a lone striker, as they did in their first home match of the campaign.

Sevilla relied on home matches for points last term but there is a new air of confidence about the visitors, who have mustered 42 shots in their first three games.

They are in a good position to push for the top four this season and, having lost only one of their last six meetings with Alaves, are worth backing to take the spoils.