Los Blancos can prove doubters wrong with win in Amsterdam 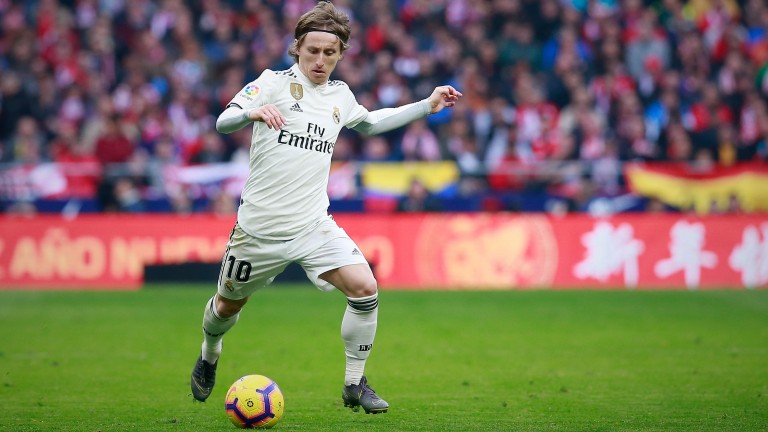 Ajax would have fancied their chances of causing an upset against Real Madrid in Amsterdam when the last-16 draw was made but Los Blancos appear to be back to their best under Santiago Solari's stewardship.

After Julen Lopetegui failed to make an impression at the Bernabeu, Real Madrid opted for their second-team coach in November and have seen an upturn in form since.

They will be oozing confidence after holding Barcelona at the Camp Nou in the Copa del Rey and finishing 3-1 winners in a fiercely-contested Madrid derby at the Wanda Metropolitano on Saturday.

Add to that Real's record of five wins from their last six away knockout fixtures in this competition and a sorry Ajax team could have their work cut out taking anything back for the second leg in the Spanish capital.

The Dutch outfit have come back raw since their winter break and are losing ground in the Eredivisie title race after being blown away 6-2 by a Robin van Persie-inspired Feyenoord and losing 1-0 away to Heracles on Saturday.

Their typically youthful contingent received heaps of praise for toppling Benfica and pushing Bayern Munich all the way in a challenging group but the feat seems overhyped.

The Bavarians are an ageing unit and far from the force that won the 2013 Champions League title, while Benfica, who failed to register a point in last year's tournament, are notoriously shocking on the continental stage.

Ajax have been struggling to contain mediocre attacks in the Dutch top flight, conceding four against Heerenveen in their first game back after the break, and they cannot afford such defensive lapses against a Madrid frontline clicking into gear.

Karim Benzema put in a solid performance against Atletico with starlet Vinicius Junior and Lucas Vazquez on either flank and the nucleus of this Madrid side is much the same as the one who have bulldozed through Europe's elite in the last five seasons.

Ajax's best hope of causing Madrid problems comes in the form of a man set to join their rivals Barcelona in the summer.

Frenkie de Jong played 70 minutes in the Heracles defeat after returning from injury but even if he comes back into the first-team fold, the creative outlet is likely to be undercooked.

Solari's men are 11-1 to win a fourth consecutive title and they can regain some affection from their doubters by coming through this Ajax test unscathed.

Team news
Ajax
Frenkie de Jong could land a starting spot after making an appearance on Saturday and centre-back Lisandro Magallan is sidelined.

Real Madrid
Neither Marcos Llorente nor Isco are fit enough to make the squad.

Key stat
Real Madrid have won six and drawn one of their last seven matches in all competitions.