Manu, Minichiello and Hadley are all due to return for Hull 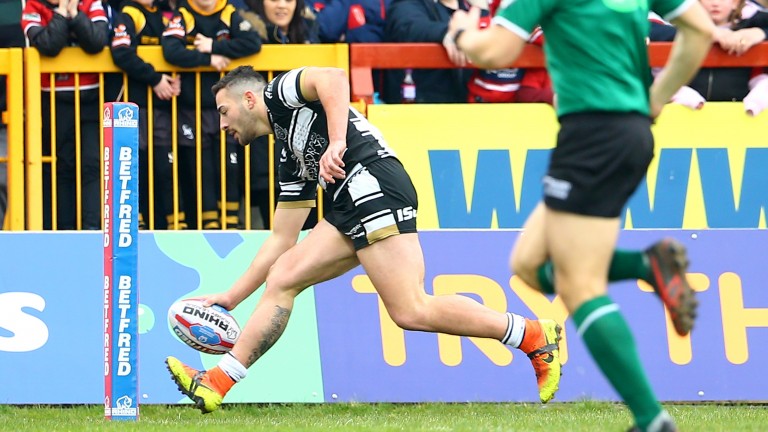 Hull's bid to follow consecutive seasons of Challenge Cup glory with a first Betfred Super League Grand Final victory has got off to a stuttering start but there’s plenty of time for the Airlie Birds to make up lost ground, starting at home to champions Leeds.

The Black and Whites’ mediocre mid-table record has been skewed by playing seven away games in their first 11 fixtures and Lee Radford’s men boast a perfect home record.

Hull needed a late Marc Sneyd drop goal to see off Wakefield 27-26 at the Kcom Stadium but Catalans, Warrington and Huddersfield were all beaten relatively comfortably.

The hosts are 10-11 to make it five wins out of five on their own midden in 2018 and that looks worth taking despite their wretched recent run against this evening’s opponents.

Last July’s epic 43-24 Challenge Cup semi-final success at Doncaster is Hull’s only triumph in their last dozen meetings with the Rhinos.
Leeds held on to win 20-16 when the sides met at Headingley six weeks ago but the Black and Whites can reverse the form with ground advantage.

The Rhinos were criticised for a conservative gameplan that allowed the Warriors to stay in the contest at 8-0 down and Leeds can also count themselves slightly fortunate to win 28-26 at Wakefield in their previous outing.

Their matches average a league low of 35.6 points so it will be interesting to see if the visitors adopt a more expansive approach on this occasion.

It’s easier to predict that Hull will take a shot at goal if they’re awarded an early penalty by arbiter Ben Thaler.

A Hull two-pointer has been the opening score in three of their home matches this year and the 9-1 against it happening again looks an absolutely huge price.

There are a couple of fancy prices in the tryscorer markets which can be considered too.

Leeds captain Kallum Watkins has opened the tryscoring in four of his last 15 games and is 14-1 to do so again while Hull prop Scott Taylor, who notched in four of his team’s matches against the Rhinos in 2017, is 6-1 to get on the scoresheet.