Ailing Queens are there for the taking 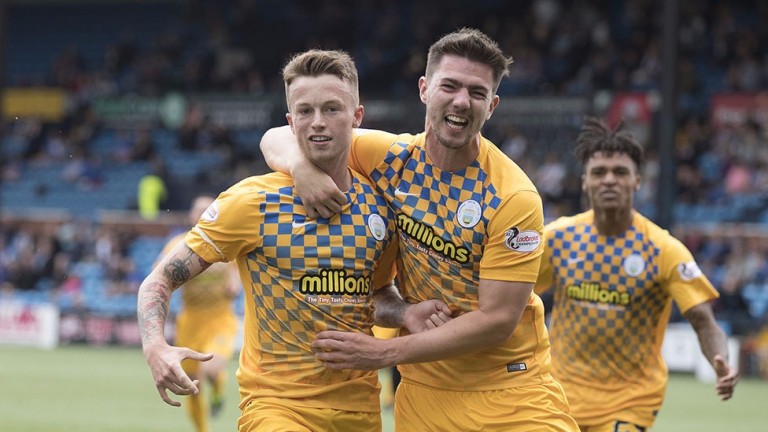 Falkirk are at home facing a Queen of the South side who have lost eight out of their last nine games in all competitions and have failed to register a league win in their last nine matches.

In contrast, Falkirk are in decent form having won their last two games and are hunting down Ladbrokes Championship leaders Hibs and Dundee United.

Yet, extremely surprisingly, Falkirk are odds-against.

The Bairns were actually below-par against St Mirren last week and were fortunate to get the three points after Saints pressed the self-destruct button by having a man sent off in the first half.

But interestingly, manager Peter Houston was furious after the game at the sluggish start of his players and vowed to sort it out.

They will surely start at a quick tempo today against a side utterly bereft of confidence.

New Queen of the South manager Gary Naysmith’s first game in midweek in Dumfries saw them become the first side this season to lose to bottom-placed St Mirren.

He has already acknowledged the club need major surgery in January and has revealed his squad is down to the ‘bare bones’ for today’s trip.

They have the attacking threat of Stephen Dobbie, but are vulnerable everywhere else and the likes of Myles Hippolyte and John Baird will relish having a go at their defence.

Morton expertly swatted aside the potential banana skin of Beith Juniors last week in the William Hill Scottish Cup and they can win again today at Dunfermline.

Jim Duffy has assembled the most exciting side down Greenock way for many a year and in Gavin Gunning, he has one of the best, if not the best, defenders in the Ladbrokes Championship.

Ross Forbes is a huge presence in midfield and Jai Quitongo has caught the eye of many English Premier League clubs.

They have lost just once in the league since the start of September and they face a Dunfermline side who have injury issues. Key men Andy Geggan and Ben Richards-Everton are out and Lewis Martin is suspended.

Morton appear to have the Indian Sign over the Pars too –they have won their last five games against them.

Improving St Mirren are worth a bet to beat a Raith Rovers outfit who have stagnated in the Ladbrokes Championship recently. Jack Ross has gone with youth and the likes of Kyle Magennis and Kyle McAllister have impressed.

They finally got the monkey off their back with a league win in midweek and can go on to beat Rovers, who have found goals difficult recently.