Martin Guptill should enjoy taking on Afghan bowlers in Taunton 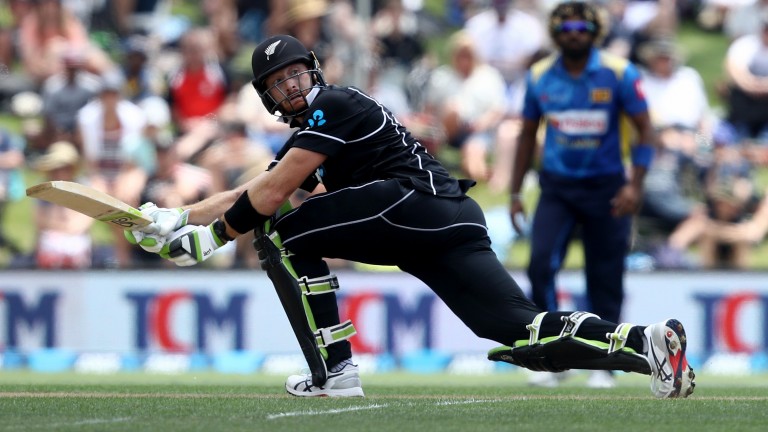 County Ground, Taunton
The World Cup fixture list has given New Zealand a great chance of making a flying start to their campaign as the Black Caps face the bottom three teams in the ante-post betting in their first three games.

They thumped Sri Lanka in their opener, survived a late wobble to beat Bangladesh by two wickets at The Oval, and are 1-6 to complete the hat-trick against Afghanistan in Taunton.

The Afghans may have missed their best chance of a victory in this tournament, losing to the struggling Lankans in a rain-affected clash last time out.

The 5-1 chances will be hoping for better weather to allow their talented spinners to shine at a venue that has become renowned for turning pitches in recent years.

Best bets
New Zealand started their campaign with a ruthless display against Sri Lanka, bowling out the Lankans for 136 and knocking off the runs in just 16.1 overs thanks to openers Martin Guptill and Colin Munro.

That pair could also pose a serious threat to Afghanistan on a small ground at Taunton and Guptill, the leading runscorer at the 2015 World Cup, is worth backing to fill his boots.

England’s Jason Roy got stuck into their new-ball bowlers in the final warm-up game, smashing an unbeaten 89 off 46 balls, and the 100-30 that Guptill follows suit looks too big to ignore.

The lanky right-hander blasted 73 not out off 51 balls in the win over Sri Lanka and cracked 25 off 14 against Bangladesh.

His aggressive approach could be perfectly suited by a Taunton fixture against an Afghan new-ball pair who were erratic against the Lankans last time out, conceding 79 in the first ten overs.

Spinner Mujeeb Ur Rahman opened the bowling against Australia but his two overs went for 24 runs so skipper Gulbadin Naib is short of reliable bowling options in the Powerplay overs.

Team news
Afghanistan
Opener and wicketkeeper Mohammad Shahzad has been ruled out of the tournament with a knee injury. Teenager Ikram Ali Khil has been named as Shahzad’s replacement in the squad.

New Zealand
Bowler Tim Southee (calf) and batsman Henry Nicholls (hamstring) are approaching full fitness but may not be rushed back to action.

Venue
Taunton’s short boundaries were hard to defend in Somerset’s successful One-Day Cup campaign and its last ODI, at the 1999 World Cup, featured a 318-run stand for the second wicket between India’s Sourav Ganguly and Rahul Dravid.

Weather
Sunny intervals with a slight threat of showers, 15C.