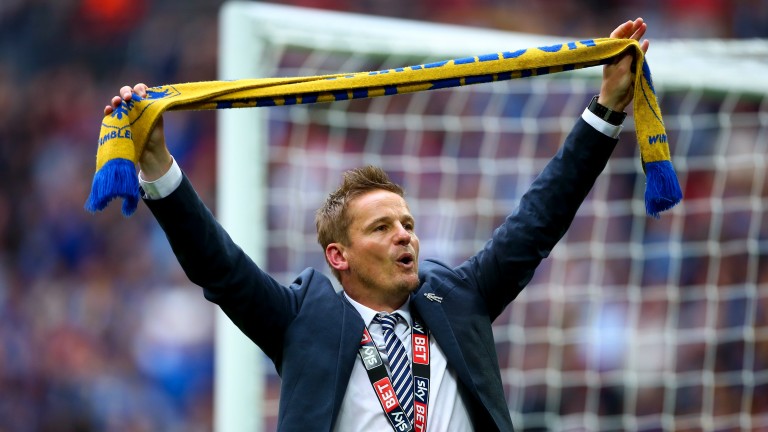 AFC Wimbledon put Wigan's title celebrations on hold with a surprise point at the DW Stadium on Saturday and they can secure their Sky Bet League One survival with a victory at disorientated Doncaster.

Wimbledon's goal difference of minus 11 means they still require a point to guarantee third-tier football next season but last month's performances suggest they are better than those heading for the drop.

The Wombles were unbeaten in five league matches during April, picking up points against the highflying trio of Scunthorpe, Charlton and Wigan, and they have little to fear against mid-table Donny, whose motivation appears to be on the wane.

Darren Ferguson's men are winless in four games, failing to score in their last three, and didn't register a shot on target in Saturday's goalless draw with relegation-threatened Oldham.

Expect the visitors, spearheaded by the in-form Joe Pigott, to create plenty of chances. Backing them with the draw no bet is an attractive proposition.

Walsall required an injury-time goal to see off Northampton 1-0 on Saturday and another low-scoring affair looks on the cards when they travel to face Bradford.

Only one of the Walsall's last six league games has featured three or more goals and if Bradford can silence tricky midfielder Erhun Oztumer, the catalyst for much of Walsall's positive play, then they are likely to stifle the Saddlers.

The Bantams' playoff hopes were dashed with last weekend's 2-0 defeat to Southend, and Walsall still need a point to confirm their survival, so it could be wrong to expect a fiery encounter.