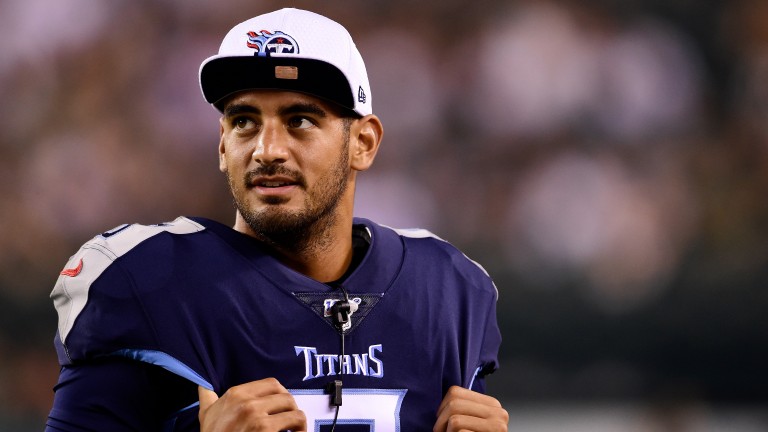 The AFC South was rocked by news of Andrew Luck’s retirement which drastically hinders Indianapolis’ hopes of claiming the title, and Tennessee could be the value bet in what looks a competitive division.

The Colts now throw Jacoby Brissett in the deep end, and though on paper they have enough quality to handle the change it is still a risky wager siding with them.

Houston are the favourites but it is unclear how much of a blow the losses of Lamar Miller and Jadeveon Clowney will be to the Texans, though they remain a serious threat in the air with Deshaun Watson throwing to DeAndre Hopkins.

Jacksonville boast a vicious defence but regressed massively last year and there are questions over how good Nick Foles can be at quarterback and indeed how good his options are.

The Titans arguably look the most solid team in the AFC South and are a nice price to finish top of the pile. With the other three teams posed with quarterback or injury issues, there is plenty to like about Tennessee's roster and if they can carry on like they did last year they should have a fighting chance.

Verdict The Texans lost top running back Lamar Miller for the season when he tore his ACL in pre-season but they acquired Duke Johnson from Cleveland, who could enjoy a breakout year. With Will Fuller back from injury and DeAndre Hopkins one of the league's top receivers, Deshaun Watson has an array of passing options while JJ Watt continues to command things on the defence. They should be in the mix for the divisional title again.

Verdict After a rough couple of years, the Colts finally got back on track last year with a promising season and even a playoff run. But things took a sudden turn for the worse in Indianapolis as quarterback Andrew Luck announced his retirement. Plenty have written them off as a result, but there's still plenty to like. Marlon Mack and Nyheim Hines offer a strong backfield tandem, while passing threats TY Hilton and Eric Ebron have been joined by ex-Panthers receiver Devin Funchess. Jacoby Brissett is being thrown in at the deep end, but don't expect the former Patriot to sink so easily.

Verdict After reaching the AFC Conference final in 2017, the Jaguars went into a tailspin last year. Quarterback Blake Bortles received much of the criticism, but he has now been outed in favour Philadelphia hero and Super Bowl winner Nick Foles. Keelan Cole and Dede Westbrook provide him decent enough options, but their success on offence largely depends on workhorse back Leonard Fournette. Despite the loss of Telvin Smith, Jacksonville's defence still looks elite with the likes of Jalen Ramsey and Myles Jack, and draft pick Josh Allen is a hot prospect. As a whole, they should improve.

Verdict The Titans look potential dark horses this year with a strong squad with depth and quality all over. Dion Lewis and Derrick Henry proved a complementary duo at running back last year, while Marcus Mariota now has Adam Humphries to throw to as well as Corey Davis and Delanie Walker. Cameron Wake is getting towards the twilight of his career but he can still go, and adds quality to their defence. Mike Vrabel had a promising season last year and could well build on that this time.