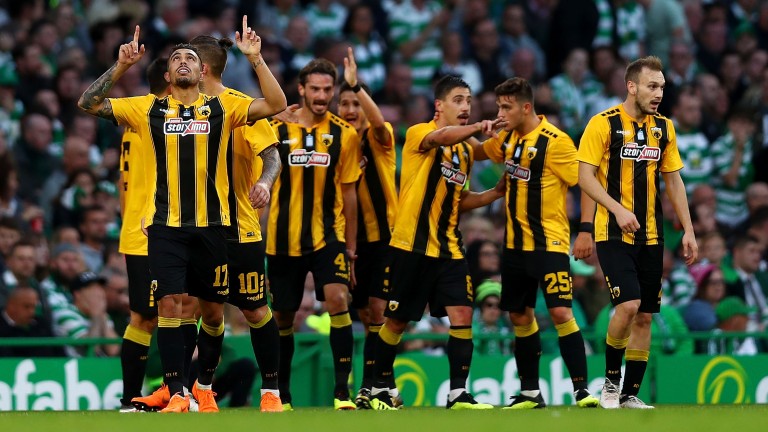 Only Greek superpowers Olympiakos and Panathinaikos have won Greece's premier cup competition on more occasions than AEK and they are well-placed in their pursuit of a 16th Greek Cup title.

AEK lead 1-0 after the first leg of their quarter-final tie with Atromitos and bookmakers expect them to hold on to their advantage and reach the semi-finals. They are long odds-on to qualify and 11-17 to replicate their first-leg win on home soil.

However that does something of a disservice to Atromitos, who were 2-0 victors on their league visit to the Olympic Athletic Centre in November - their second successive league win at their city rivals' home ground.

The two sides from the capital are separated by just one place and three points in the Greek Super League, while the first leg was only decided by an 86th-minute penalty scored by Ezequiel Ponce.

Argentinian Ponce was sent off three minutes later meaning he will be unavailable for the return leg and AEK are also sweating on the fitness of striker Tasos Bakasetas, who hobbled off in Saturday's 2-1 win over Apollon Smirnis.

There is clearly little between the two sides so the 11-2 about Atromitos qualifying for the last four looks standout value.