Adelaide opener can put the wind up Hurricanes

Back Dunk to slam bowlers in Bash 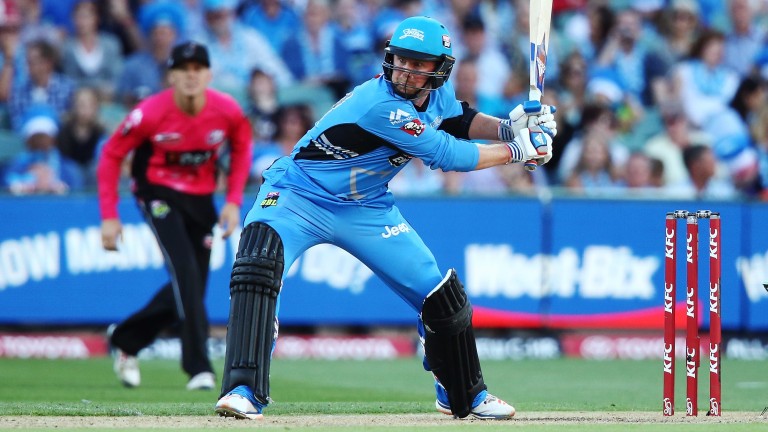 Hobart Hurricanes eased to an eight-wicket Big Bash win over Adelaide Strikers on Monday and they are evens to complete a quickfire double over the Strikers.

The Hurricanes may well have found things more difficult at the Bellerive Oval if Adelaide opener Ben Dunk had stuck around for longer than four overs.

Dunk was bowled by a yorker from Simon Milenko, having hit 31 from 17 balls with three fours and two sixes. His dismissal started the Strikers’ slump to 143 all out but the wicketkeeper has looked in prime form this season and is a worthy favourite to top-score at the Adelaide Oval.

Dunk’s two innings for the Strikers at this venue have been 37 off 20 balls against the Sixers and 85 from 43 deliveries against Brisbane Heat.

The Strikers, who finished top of the league stage of last term’s Big Bash, have lost three of their first four matches this season but Dunk cannot be accused of underachieving with 153 runs at a spectacular strike-rate of 184.

Kane Williamson, seemingly a master of every format of the game, steered New Zealand to victory in their first Twenty20 game against Bangladesh and the Black Caps are 1-4 to follow up in Mount Maunganui.

The only previous 20-over international at the venue saw Sri Lanka fall just short of a target of 183 with New Zealand bowler Trent Boult taking 3-21.

The left-armer was rested for the first game of the series but he will be keen to be unleashed at the Bay Oval, where he has taken seven wickets in three ODIs and was named man of the match for his Twenty20 heroics against the Lankans last year.