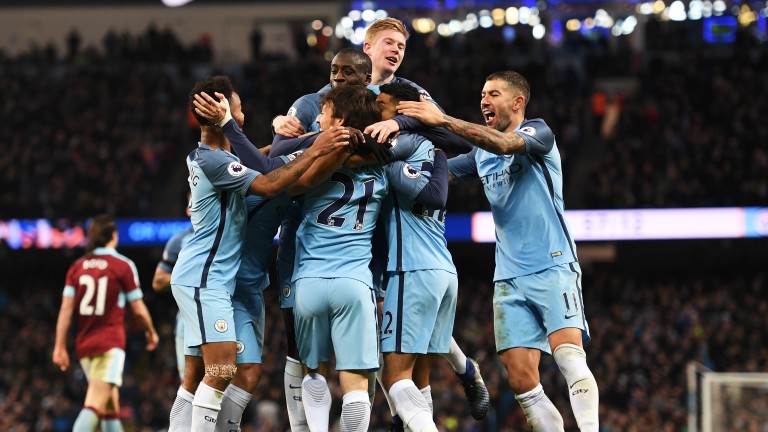 Pep Guardiola has ruled out mass rotation in his first FA Cup experience and despite their wobbly defence his Manchester City side should progress to the fourth round past West Ham at the London Stadium.

When asked if he was considering resting his stars Guardiola said: “No. We are away, it’s tough and I want to continue in the competition.”

With that in mind City could be a worthwhile bet considering Manchester United were a shorter price at 4-7 to win in Stratford on Monday, but a better wager could be to take the visitors to win with both teams scoring.

It’s a bet that has landed in 11 of City’s 30 matches in all competitions this season and seven of their 14 away matches. Six of their nine road successes have come without Guardiola’s side keeping a clean sheet.

Guardiola’s frustrations boiled over in his post-match press interview after the 2-1 win against Burnley on Monday, a result that was expected before kick-off but became much trickier after Fernandinho’s foolish red card at 0-0 after 32 minutes.

That success made it four wins in five, although their mediocre performance in the 1-0 defeat at Liverpool was still lingering when once again a sloppy defensive error led to a costly loss.

Control is something Guardiola preached at Barcelona and Bayern Munich but his City team don’t appear to be grasping that concept and they have conceded in 13 of 16 away games.

The clean sheets came against West Brom, Hull and Steaua Bucharest so the Hammers should fancy their chances of notching, just as they did in a 3-1 reverse at the Etihad in the Premier League in August.

West Ham have also scored in defeats to Chelsea, Tottenham, Manchester United and Arsenal, while only three times in their last 21 outings have the Hammers fired blanks.

Two of those have come in successive losses at Leicester and home to United but that game was virtually over from the moment Sofiane Feghouli received his marching orders after just 15 minutes.
Michail Antonio still passed up a golden opportunity to add to his eight goals, while Andy Carroll and Dimitri Payet will also test City’s defensive resolve.

However, for all City’s weaknesses in defensive areas they remain a major threat in the attacking third and West Ham have conceded at least twice in six of their seven Premier League matches against the current top six.

Sergio Aguero, David Silva, Kevin De Bruyne, Raheem Sterling and the rest should be too much for the Hammers to handle.

Team news
West Ham
Diafra Sakho, Arthur Masuaka, James Collins, Alvaro Arbeloa and Gokhan Tore are injured, while Cheikhou Kouyate and Andre Ayew are away at the Africa Cup of Nations. Sam Byram and Reece Oxford are closing on a return and Sofiane Feghouli is available after his dismissal against Manchester United was overturned.

Key stat
Man City have scored a first-half goal in eight of their last nine meetings against West Ham.