Accurate Lowry could be set to reign in Spain 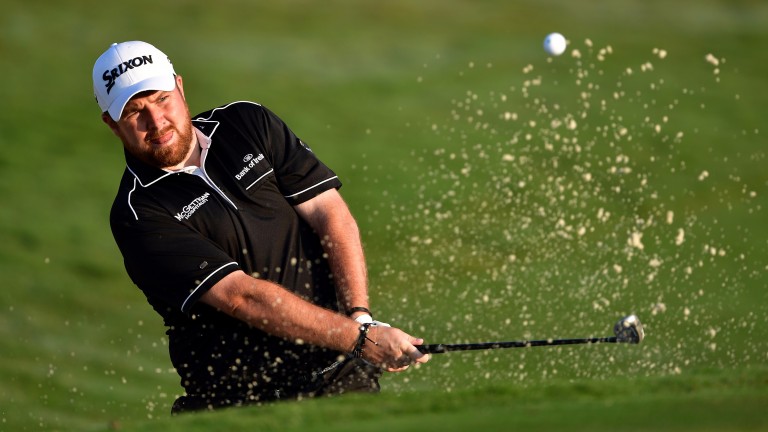 Tournament starts 7.45am Thursday
Live on Sky Sports Golf, from 11am

Palmer's top tip
Shane Lowry 16-1
Jon Rahm and Sergio Garcia dominate a European Tour betting heat for the second consecutive week, and opposing the popular Spanish duo is again the recommended course of action, even with home advantage thrown into the equation.

Rahm was a flopping favourite in the Italian Open last week, finishing six shots off the pace in a tie for 15th place, while an out-of-sorts Garcia shared 30th spot. Rahm is making his competitive debut at Valderrama this week, a short, extremely tight course which does not play to his strengths, while Garcia is testing new clubs and tinkering with his putting stroke.

Garcia's Valderrama record is excellent, an overdue victory at the iconic venue coming in the 2011 Andalucia Masters, but 5-1 looks short on recent evidence. Garcia is much more suited to this assignment than Rahm, but the preferred betting strategy is to ignore both of the headline acts.

A more attractive punting proposition is Shane Lowry, who has been crying out for an extreme long-game examination like Valderrama. The Irishman has got his swing in the groove and can approach the tiny targets in Sotogrande with confidence.

Putting has been holding Lowry back. As soon as his rock starts rolling properly again, some serious title challenges can be expected, and maybe a flat-stick switch might provide the answer. Any improvement on the greens at Valderrama could be decisive.

There are few players on the European Tour more adept at pitching and chipping. Lowry is a curious sort in that he has magic hands around the greens, but can struggle on them. The small dancefloors of Valderrama are perfect for the burly 30-year-old to showcase his talents. Everyone will be missing loads of greens and there is less footage to cover on them.

Lowry's previous Valderrama results underline how this is a course where he can thrive. Near the end of his first full year as a professional, he finished 18th on his Valderrama debut in the 2010 Andalucia Masters. His form in the six events prior was MC-MC-50-53-54-66. He turned up down in the dumps 12 months later after a similar run (MC-MC-64-45-16-MC), but finished fourth, scoring a Sunday 67 that was not bettered by anyone in the field.

Last week's Italian Open venue was probably too easy for Lowry, putting too much emphasis on putting, and he was making his course debut at Golf Club Milano. Valderrama is more his cup of tea and he can follow up his 2012 Portugal Masters victory with a triumph across the border.

Lowry is bursting with motivation. He needs to get in the top 60 of the Race to Dubai rankings to earn a ticket to the lucrative DP World Tour Championship, he is trying to get back in the top 50 of the world rankings before the end of the year to get a Masters invite, and he is hungry to kickstart his bid for a Ryder Cup spot.

The 2015 WGC-Bridgestone Invitational champion is one of the best players in this field and can take advantage if, as suspected, the Spanish hotpots fail to boil. 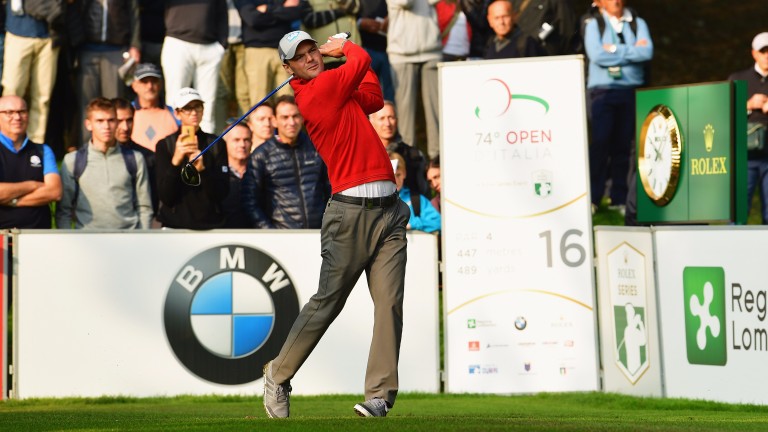 Next best
Martin Kaymer 20-1
Another top-class performer who has jetted to Spain full of desire for the trophy is Martin Kaymer, who has not tasted glory since the 2014 US Open. The dual Major champion and 11-time European Tour victor is still only 32, so has no need to panic, but a world ranking of 77 will infuriate the German. He was world number one in the spring of 2011.

Like Lowry, Kaymer has enjoyed consistent ball-striking during his winless spell, while suffering on the greens. Valderrama may prove just the tonic. The modern Kaymer prefers a grind, where pars are worth something. The Players Championship at Sawgrass and the US Open are the last two tournaments he has won.

Kaymer made his Valderrama debut as a European Tour rookie in the 2007 Volvo Masters, showing the world his enormous potential. He outscored the field by three shots in the third round, firing a 66 on his way to sixth place. Kaymer tied for second spot 12 months later in the final Volvo, then was 21-23 for the two Andalucia Masters there, before sixth place in the 2016 Spanish Open, the last Valderrama gathering.

Lowry and Kaymer topped the greens in regulation statistics at the British Masters at the start of this month, and those solid operators can survive best in the Valderrama cauldron.

Other selection
Alejandro Canizares 50-1
Rahm and Garcia will be the centre of attention on Thursday, but a different Spaniard could emerge as the fans' favourite by Sunday. Alejandro Canizares is trying to save his European Tour card and he could not have asked for a better place for the mission than Valderrama.

Canizares has won almost €6m in a decent career based on his accuracy, which is why Valderrama is a happy hunting ground. His form figures there are 21-7-11. A run to the semi-finals of the Paul Lawrie Match Play at the end of August, followed by 15th place in the Italian Open last week, hint that the two-time European Tour champion could be a threat in Sotogrande.

His last victory came in the Hassan Trophy, another event where precision is the key to success, and all his best results have come at tracks where the fairways are difficult to hit. The Madrid-born 34-year-old loves teeing up in his homeland. He has finished runner-up three times in European Tour events staged in Spain, and he was third in the 2010 Spanish Open.

Others to note
Soren Kjeldsen
The gritty Dane enjoyed the greatest moment of his career by winning the 2008 Volvo Masters at Valderrama. The 42-year-old is well suited to the track but has not competed since the last week of August, so may be rusty.

Aaron Rai
The 22-year-old Wolverhampton boy has won three times on the Challenge Tour this year, including once in Spain. Accuracy is his strength, so he could go well on his Valderrama debut.

Alexander Bjork
The Swede is another accurate sort who could take a shine to the venue on debut, but he has been making a habit of starting tournaments well and finishing them badly.

Bernd Ritthammer
The German, a three-time Challenge Tour champ last season, hits his ball straight enough to be a Valderrama factor, but, like Rai and Bjork, is handicapped by a lack of course experience.

Thomas Detry
The Belgian youngster is another talented Valderrama debutant to keep an eye on. This field weakens quickly from the top.

Adrian Otaegui
The Paul Lawrie Match Play champ has been unimpressive since that maiden Tour triumph, but will be looking forward to teeing up in his homeland. Tied for 38th at Valderrama last year.

When to bet By 7.45am Thursday

Where to watch Live on Sky Sports from 11am Thursday

Course overview Valderrama is one of the iconic courses of the world. It was the traditional venue for the European Tour's traditional season-closer, the Volvo Masters, which it staged from 1988 to 1996, then from 2002 to 2008.

The Andalucia Masters was created in 2010 to restore Valderrama to the schedule, then it was played again in 2011, with Sergio Garcia emerging triumphant.

The Andalucia Masters returns to the calendar this week after a five-year absence. The 1997 Ryder Cup was played on this course, as well as the 1999 and 2000 WGC-AmEx Championship. And the Spanish Open was staged at Valderrama for the first time in April last year. Valderrama, designed by Robert Trent Senior and opened in 1974, is one of the tightest tracks in Europe, with thin, tree-lined fairways flanked by heavy rough.

Over-hanging trees can impact approach shots, even from the fairways. Small, undulating greens add to the challenge and one over par for 72 holes was enough to top the leaderboard in the Spanish Open there last year. There are only three par-fives (fourth, 11th and 17th). The layout is typically in pristine condition.

Weather forecast Light rain and light breezes for the opening round, getting clearer and calmer from Friday onwards

Type of player suited to challenge Valderrama is an extreme test of tee-to-green precision. The penalties for straying off line are severe. The venue is just a few miles from the coast, so flat-calm days are a rarity. Support accurate players with the ability to grind out plenty of pars