Accurate Kjeldsen can be man to beat in Antalya 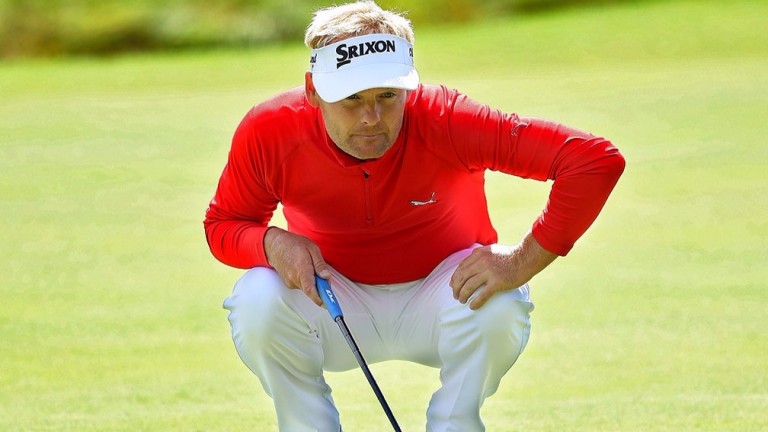 Wilkerson’s top tip
Soren Kjeldsen 30-1
The organisers will have concluded that whatever happens at this week’s Turkish Airlines Open, it will be a disappointment.

While it is still hyped as the first step to the climax of the season and the Race to Dubai, hopes of a star-studded tournament have been scuppered by Tiger Woods insisting his game is not yet ready for public consumption and recent acts of terrorism which have encouraged Rory McIlroy, Patrick Reed and many others to stay at home.

Seventy-eight players make up the field to take on a new challenge at Regnum Carya and perhaps Woods had one eye on the layout before giving it a swerve as wayward driving could land a player in a lot of trouble.

Straight hitters who can plot their way around the course by hitting not just the short grass but the right areas off the tee are worthy of support and Soren Kjeldsen is definitely in that category.

The course should play to the Dane’s strengths and he heads to Turkey in decent form having claimed top-25 finishes in eight of his last 14 tournaments.

He will have been disappointed to have finished tied for 40th in the WGC-HSBC Champions in China last week, but he at least finished with an encouraging 69 and he will look back on 2016 fondly anyway having finished in the top ten at both The Masters and The Open.

His 19th position in the Race to Dubai – the Tour Championship will be decided in the UAE in two weeks – means there is plenty of motivation for him to push further up the list, particularly as several of the players above him have decided not to play.

Despite his moderate finish last week, he was still tied for fifth in the number of fairways hit and he has been consistently ranked in the top ten of that particularly skill during the last 12 months.

His lack of length should not be an issue this week and in a field that is nowhere near as strong as last week’s, he can build on the decent finish he made in Shanghai.

Next best
David Horsey 50-1
Horsey is another accurate type who could put in a decent show and the Stockport lad has been putting in some excellent performances recently.

He has won four times on the European Tour and the highlights of his form since the end of August have been top- five finishes at both the KLM Open and the European Open.

Horsey led the British Masters at The Grove after the first round before finishing 12th and his solid 22nd at the Portugal Masters last time out was another decent effort.

He has not shot more than 72 in any of his last 23 competitive rounds and, as another player who struggles to hit the ball 280 yards off the tee, punters should not be discouraged by three indifferent finishes in the tournament at the Montgomerie Maxx Royal, where there is more of an emphasis on driving distance.

Other selections
Andrew Johnston 40-1
Callum Shinkwin 100-1
Lee Slattery 125-1
Johnston has revelled in the limelight this season, but it has to be remembered that Beef is a decent player in his own right and he can make a big impression this week.

He demonstrated that by winning the Spanish Open at a tight Valderrama in April, which could represent a decent guide.

It will remain to be seen whether players have to be as accurate this week as they do at the Andalusian track, but it cannot help his confidence.

He has achieved his aim of gaining his US Tour card through his Web.com results, but he is still playing some decent stuff, even though he was unable to build on an excellent start at the British Masters.

Two others are worth small each-way investments at treble-figure prices.

Callum Shinkwin has had five top-20 finishes in his rookie season and was tied for 17th last time out in Portugal.

He is ranked 29th for driving accuracy and he finished third in a Challenge Tour tournaments at the nearby Gloria Golf Club last year.

Lee Slattery has been inconsistent but he has decent driving accuracy stats and finished 12th in the British Masters. He has course experience having finished 28th at the venue in a Challenge event six years ago.

Other notables
Danny Willett will want to put pressure on absent Race to Dubai leader Henrik Stenson but the Masters champion has been in miserable form.

Bernd Wiesberger has four top-seven finishes in his last five starts and finished tenth in the 2010 Challenge event, while the experienced pair Padraig Harrington and Lee Westwood are capable of having good weeks.

Danny Willett can move to the top of the Race to Dubai rankings with two tournaments to go if he puts in a good performance at the Turkish Airlines Open but there is a suspicion that the Masters champion has run his race.

Willett can overtake leader Henrik Stenson but he has been in miserable form since enduring a nightmare in his first Ryder Cup.
He was unable to make the final round at the Alfred Dunhill Championship and endured a poor week at the WGC-HSBC Champions in China where he was unable to card better than a 74.

With a European Tour driving accuracy ranking of 146, it is also possible that the track at Regnum Carya will not prove to his liking.

The five-time European Tour winner should be opposed this week in a match day against another Englishman Richard Bland, who has not finished out of the top 30 in any of his last nine tournaments.

Bland was unable to keep it together after firing an opening pair of 68s in Shanghai, but a strong performance in illustrious company will do wonders for his confidence and he should be boosted for the trip to Antalya.

Marc Warren’s form figures are 5-22-12 for his last three tournaments but this may not be the week to back the Scot, who struggles to hit more than half of his fairways.

Regnum Carya is a course that requires a strategic approach and that should suit David Horsey much better.

The Englishman is in decent form himself having finished in the top 25 in five of his last six tournaments.

Spreadwise: Solid Zanotti set for bold bid
Straight hitting is likely to be one of the key attributes for anyone who enjoys success at the Turkish Airlines Open this week and Fabrizio Zanotti fits into that bracket.

The Paraguayan has been a consistent performer over the last few months, missing the cut in just two of his last 15 tournaments and he has claimed top-20 finishes in seven of those 15 outings.

He should find the Regnum Carya course, which makes its European Tour debut, to his liking and he would have made a bold bid in his last tournament had he not carded a third-round 75.

That was only the second time in his last 23 rounds that he posted a total higher than 73 and he has hit 72 per cent of his fairways this season.

He can get the better of Benjamin Hebert who has not been a consistent performer despite finishing tenth last time out in the Portugal Masters.

The Frenchman missed the cut in four of his five tournaments before that effort.

South African Thomas Aiken is another player whose strength is finding fairways and he has posted some decent results on the European Tour this year, finishing fourth at the BMW PGA at Wentworth and claiming three other top-20 finishes.

Take a chance on him getting the better of Mikko Ilonen.

The Finn has gained top-20 finishes in his last two events but he could struggle keeping his ball on the short grass, having hit 56 per cent of his fairways this year.

Course Regnum Carya Golf Resort, Antalya, Turkey
Prize money $7m ($1.12m to the winner)
Length 7,127 yards
Par 71
Field 78
When to bet By 7am tomorrow
Where to watch Live on Sky Sports 4 from 9am
Time difference Turkey is three hours ahead of the UK and Ireland

Course overview
After three years at the Montgomerie Maxx National down the road, the tournament, which is the first leg of the final stage of the Race to Dubai moves to the Regnum Carya, whose notoriety stems from the fact it is Europe’s first full-size floodlit course.

Designed by Peter Thomson and opened in 2008, this is the first time it has hosted a European Tour event, although it was used for a Challenge Tour event in 2010 and several of this year’s entrants competed, including favourite Bernd Wiesberger.

Thomson tends to design courses that require excellent management rather than just the ability to blast the ball off the tee and there are plenty of instances where one side of the fairway or the other needs to be found to afford players the best opportunity to get close with their approaches.

Many of the fairways slope and there are multi-tiered greens. Water could come into play at the tenth, which plays as a par five for tourists and ahead of the green at 15 for players looking to get on in two, but the three par fives should not create a host of problems for players of this calibre.

However, pine trees lay in wait for any errant shots and have to be considered.

Story of last year
South African Jaco van Zyl was a shot clear on the final tee but he was pipped to the post by Victor Dubuisson, who birdied three of his final four holes at the Montgomerie Maxx Royal to claim his second Turkish Airlines Open in three years.

Weather forecast
All four days should be fine with temperatures around 22-24C, but winds could provide a few problems as they are expected to reach around 20mph.

Type of player suited to challenge
It is a new challenge for many of these players and the emphasis will be in keeping the ball in play without the need to be long off the tee.