Absence of Graham Burke points to an interest on Dundalk 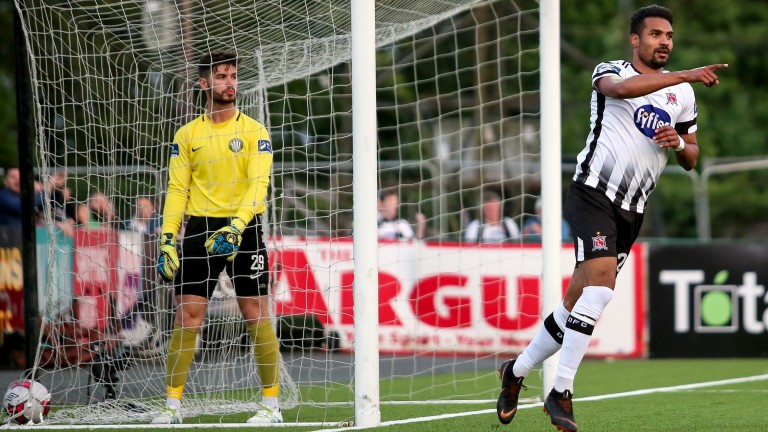 Dundalk have been backed to beat Shamrock Rovers and are probably still worth a bet with Graham Burke set to miss the game.

Burke, who won his first international cap for Ireland against France on Monday, will remain with the squad and will miss Rovers' game in Tallaght.

Considering his goalscoring prowess this season, that is not good news for the Hoops.

There was little to talk about when these teams drew 0-0 in Tallaght earlier in the campaign. Dundalk have hit top form of late, and one goal could well be enough given Burke's absence. They enjoy playing at the Dublin venue and the pitch will suit their passing game.

Sligo Rovers could enjoy better luck in Derry and 6-1 about the visitors in the north-west derby is well worth taking, even if it would be hard to get excited about this Sligo side.

Rovers appear to have fewer questions to answer than Derry, whose form has nosedived out of the blue.

They conceded five against St Patrick's recently and four against Waterford. Sligo will not give up much given their conservative formation and Ger Lyttle's men could nick a goal.

In eight away games they have conceded a respectable 11 goals.

The shocking assault which prevents manager Alan Reynolds visiting Turner's Cross for Waterford's clash with Cork City will be a major talking point before a fascinating Munster derby.

Waterford were underwhelm­ing in the defeat there earlier in the season but they will now be hugely motivated and 11-10 about both teams to score makes plenty of appeal.

The Blues have been a little shaky at the back due to first-choice players being unavailable but they pack a punch in attack.

Limerick's win over Waterford was one of the shocks of the season but they are improving and, against a Bohemians side hovering worryingly near the drop zone, they look overpriced at Markets Field. Bohs barely scraped a draw in the early-season game there, and Limerick give little away.

St Pat's should beat Bray, while in Division 1 Longford look value against Galway United, who are struggling for form, at City Calling Stadium.