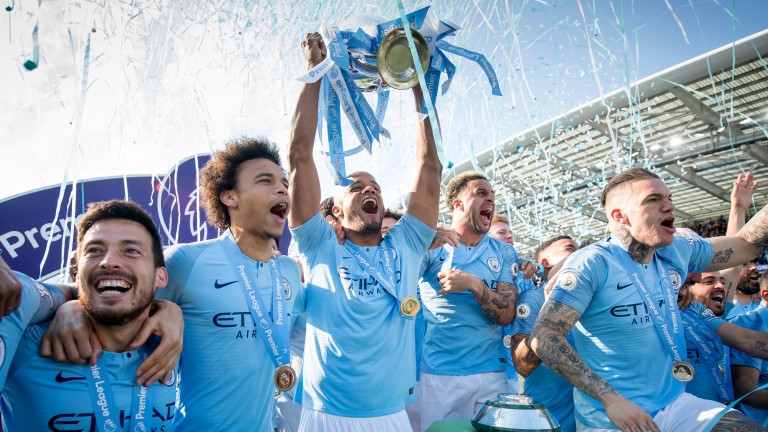 The Premier League became more unequal during the last decade. There was a wider spread of talent, with knock-on consequences for how games were played.

For simplicity’s sake let us define the decade in football as the last ten full seasons, 2009-10 to 2018-19. It will make comparisons easier. And it is close to how the decade is defined for pretty much everything else.

Manchester City became rich suddenly in September 2008, just before the start of the decade. They were bought by one of the rulers of Abu Dhabi. Chelsea had become rich halfway through the previous decade. Billionaire Roman Abramovich bought them in June 2003.

Tottenham did not become rich in that sense. But from the start of this decade they enjoyed a run of rising success in the transfer market that gave them a rich club’s squad. They finished fourth and qualified for the Champions League in 2009-10, and did so five more times during the decade. They never finished lower than sixth.

So the Premier League is about halfway between complete equality and complete inequality, but a bit more lopsided now than it had been before.

There are other ways other ways of measuring the distribution of points and they show the same thing: it became wider.

As the difference in ability between teams expands usually there are fewer draws and more goals. And that is what happened in the Premier League. Drawn games fell slightly to 25 per cent from 26 per cent in the previous decade. Goals per game rose to 2.8 from 2.6. It had been 2.6 for four decades in a row.

The rise was attributable entirely to the best teams. Games between teams who finished between seventh and 20th produced the same number of goals this decade as in the previous decade. Games featuring at least one team that finished in the top six averaged 2.9 goals, up from 2.6. Teams who finished in the top six did not always belong to the big six – but nearly always they did.

There were times when it did not, but they came for no good reason and soon went. Pundits got excited about them and said we were at the start of a new era but before long we realised we were still in the same old era. Something strange had happened for a while, nothing more. A good reason is one that somebody might have thought of before the thing happened.

In the first three months of 2015-16 – August, September and October – there were more away wins than home wins. Thirty-seven per cent of games were won by the away team, 28 per cent were drawn and 35 per cent were won by the home team. We were told this was the beginning of a new age of counter-attacking football in which teams would do better on other grounds than their own.

Over the rest of the season things returned to how they had been, more or less. There were more home wins than away wins. Forty-four per cent of games were won by the home team, 28 per cent were drawn and 28 per cent were won by the away team. Counter-attacking was an element in football that had existed before the start of 2015-16 and would exist afterwards. There was no good reason why it should suddenly have become the most important element – let alone stay so until the end of time.

Last season between the middle of March and the middle of April there were 36 games with no draws. People came up with all sorts of explanations, but none of them made solid sense. In the 42 remaining games there were 13 draws. The draw rate was 31 per cent, higher than it had usually been.

Average bookings per game – in markets where each yellow counts as ten and each red as 25 – were 37 this decade and 36 in the previous decade. The slight rise was due to a season and a half in the first decade in which referees followed a conscious decision to show fewer cards. They told everyone what they were going to do. So that qualified as a good reason at the time. But even it did not hold forever.