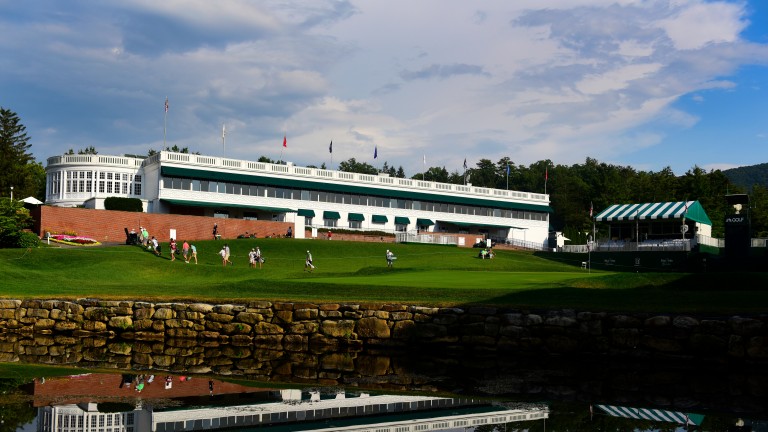 Racing Post Sport followers should be heading into the final round of A Military Tribute at The Greenbrier in confident mood as our top selection Joqauin Niemann, recommended at 25-1 at the start of the week, led by two shots at the end of three rounds.

His course form is a major positive. The young Chilean, who is looking for his first victory on the PGA Tour, finished fifth at the West Virginia venue last year and in each of the last two years at the tournament, he has closed with a six-under-par 64.

A similar effort would be likely to see him cruise home and he is a general 6-5 to get the job done and become the first winner of the 2019-2020 American season.

Five of the last six winners of the tournament have been in the top five for strokes-gained putting, which indicates the importance of performing well on the greens, and Niemann is on course to continue that trend.

He missed the cut in just one of his last eight tournaments and that was at The Open, while he claimed four top-20 finishes in that period so he has progressed well to put himself in a challenging position.

Niemann is being chased by three hungry challengers two shots behind who will all feel they have a decent chance.

Nate Lashley has already been in the winner's circle this year following his six-shot triumph at the Rocket Mortgages Classic, when Niemann was fifth and the 36-year-old from Nebraska has enjoyed his first look at The Greenbrier.

Robby Shelton will have high hopes of stepping into the big time after two victories on the Korn Ferry Tour this year, but preference is for Richy Werenski to give Niemann the great concern in the final round.

The 27-year-old has Greenbrier form of 69-MC but he has played well this week and goes into the final round having gained 3.04 shots on the field in putting, the best figure in the field.

That statistic was up to 4.284 in Saturday's third round and the fact that he hit 83 per cent of greens in regulation contributed to a fine 65.

He tied for seventh in his last outing at the Korn Ferry Championship, admittedly 11 shots behind winner Tom Lewis, but he looks to have continued that fine form and it is worth having a saver on the man from Springfield, Massachussetts.

FIRST PUBLISHED 1:11PM, SEP 15 2019
Richy Werenski has Greenbrier form figures of 69-MC but he has played well this week