9-2 Burrell can barge over for happier Saints

But absence of stars could hurt Northampton 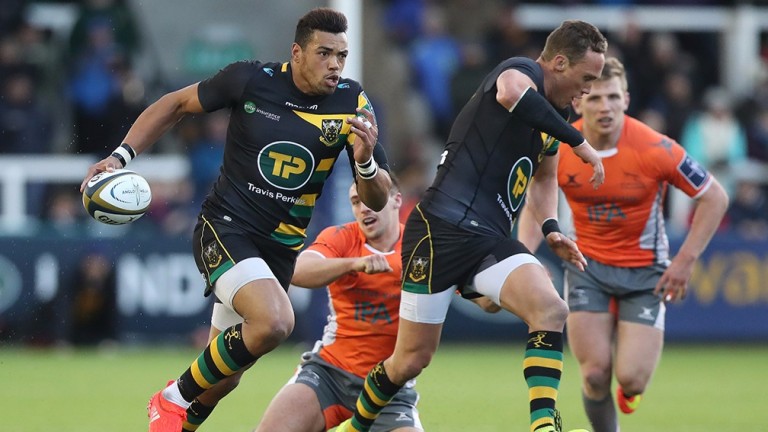 Luther Burrell has fallen out of favour with England coach Eddie Jones and has not set the club stage alight for Northampton this season, but he still looks a value bet at 9-2 to score a try in tonight’s televised Premiership clash against Newcastle tonight.

Burrell has scored a try in the Saints’ last three home league meetings with the Falcons, which have all been comfortable wins.

And while Northampton cannot be trusted to give up a double-figure handicap with their current international stars absent and Calum Clark suspended, they have ground out four straight successes in all competitions, including a 24-16 Anglo-Welsh Cup victory against Newcastle up at Kingston Park three weeks ago.

Confidence is clearly coming back into the Saints’ camp and Burrell, picked at outside centre, could be one of the men to capitalise on injury-forced disruptions to the cohesion of Newcastle’s pack and backline.

The Falcons still have a decent side out and did stun Gloucester at Kingsholm but two tries in their last four away games in all competitions suggests a struggle.

In the Sky Sports-televised Pro12 contest, back Glasgow lock Tim Swinson for a try against Ospreys at 17-2. Nine of the 14 league tries Ospreys have shipped this term have been to forwards and two of Swinson’s 12 tries for the Warriors have come against Leinster and Connacht this term.

Ospreys send a solid-looking side including new Kiwi centre Kieron Fonotia up to Glasgow and they must be feeling good after winning easily at Cardiff in the Anglo-Welsh Cup last Friday, but they have struggled in league away games this term.

McNicholl is the only change to the Scarlets’ line-up that started their 28-3 home win over Glasgow three weeks ago and scored seven Super Rugby tries for the Crusaders earlier this year and then five tries for Canterbury in their Mitre 10 Cup triumph. Leinster have been involved in some ding-dong away battles.

Zebre have conceded six tries to front-five forwards in the league and lock Van der Merwe will be one of the Ulster forwards looking to do more than just lay a platform for their exciting backline to flourish, especially if a forecast misty evening in Belfast makes handling difficult.

On TG4, back Connacht ful-back Cian Kelleher to cross against Cardiff at 13-5.