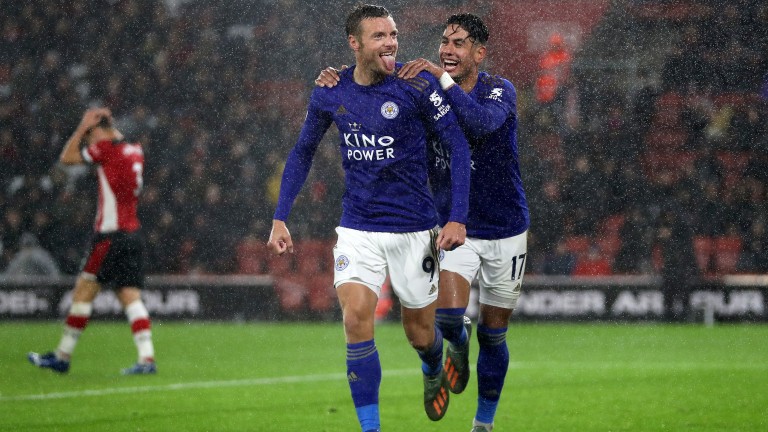 You remember the ones that go badly wrong. I still remember a tip I gave on October 28, 1995: Torquay to draw 1-1 at home to Scunthorpe in League Two. They scored one but conceded eight. Torquay manager Don O’Riordan lost his job. I kept mine – my only punishment was some good-natured ribbing.

Such things hurt at the time. Almost always, though, they are aberrations, fluke results. Three days later Scunthorpe scored once and won 1-0, Torquay conceded only twice and lost 2-0.

On holiday in Taormina, Sicily, a few years ago I sat in the garden of my hotel at night and watched glowing red lava dribbling down Mount Etna. This, I was told, was only a minor eruption, one of many. The size of one eruption apparently conveys nothing about the size of the next. Or where it will be or when it will come.

Before last Friday there had been had been nine Premier League games in which a team had scored eight or nine goals. One was the last game of a season, so we will ignore it. This leaves eight.

Six of the teams who had scored eight or nine goals scored only once in their next game. One scored twice and the other scored five times.

My ball landed at the foot of a raised green, dozens of shots behind his. The flag was in the middle of flat grass on top of the mound, which was taller than I was. I chipped the ball onto the green and it rolled to within a few inches of the whole.

“Great shot,” shouted Steve. Yes and no. During a round of golf I will take many shots, increasing the chance that one of them will look good, but only accidentally. Steve was too kind to say this, but I knew. My next tee shot went sideways.

Other sports desk colleagues have been equally generous. In pool tournaments near our London offices I would be put in a preliminary round and go out. After knocking balls all round the table one would go in a pocket. “Well done,” watchers would murmur politely. We all knew that sooner or later one ball probably would drop, but where the next one would go was still anyone’s guess.

I studied Premier League and EFL teams from the last 24 seasons, 1995-96 through to 2018-19, comparing goals scored in one match with goals scored in the next, and goals conceded in one match with goals conceded in the next. I considered only pairs of matches from the same season – that is to say, not the last match of one season and the first match of the following season.

I remember tipping a sell of total goals on the spreads in a Premier League match between Middlesbrough and Arsenal when the make-up was seven, and a sell of bookings in an FA Cup semi-final between Middlesbrough and Chesterfield when the makeup was stratospheric. I do not remember what I tipped next, which is a good sign that what I tipped next did not go so horribly wrong.