80-1 McGill ready to shine in his homeland again

Big guns look worth taking on at available prices 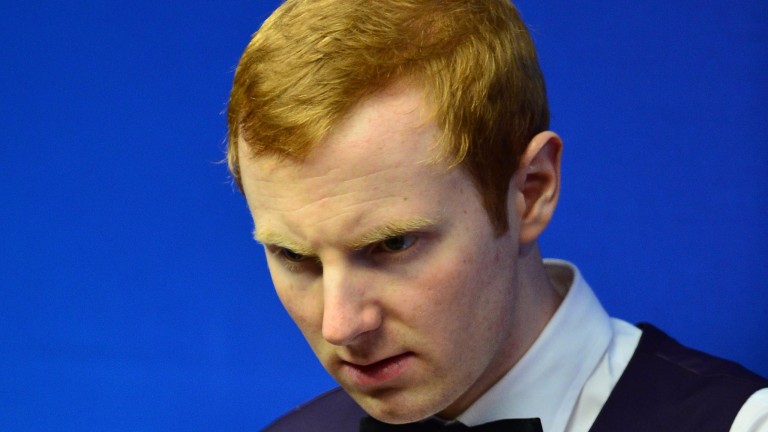 The third leg of the Home Nations Series, the Coral Scottish Open, starts in Glasgow and after the shock results in Manches­ter and Belfast more surprises could be in store for punters.

Following on from the successes of Liang Wenbo and Mark King, another big-priced player could go close this week in the form of local ace Anthony McGill.

The Glaswegian has promised much in his short career, high­lighted by his Indian Open success earlier this season as well as quarter-final runs at the World and UK Championships in 2015.

However, McGill has yet to establish himself, as his ability would warrant, as one of the game’s elite, but he has been handed a fine draw in his home city.

He reached his first ranking-event final in the fifth European Tour event in Ravenscraig in 2012, and at the odds on offer this week he represents supreme value to go one better this week.

Ronnie O’Sullivan, the 4-1 title favourite, dominates the fourth quarter of the draw but one player who will not be afraid of the Rocket is experi­enced Welshman Ryan Day.

The 36-year-old carries the unwanted stigma of being one of the best players never to win a ranking event, but likely early clashes with opponents such as Elliot Slessor and Jimmy White make him hard to ignore in the weakest part of the draw.

China’s Yan Bingtao is a future star in this sport and results in recent months suggest he is beginning to find his feet.

Last sighted in Barnsley last week when seeing off Shaun Murphy in a German Masters qualifier, his results this season also include wins over Liang Wenbo, Mark Allen and Ali Carter.

At the tender age of just 16, there is plenty of room for improve­ment and it is temper­ament rather than ability that has been holding him back.

A soft-looking opening in Glasgow should see him progress further than his lofty odds suggest and he is a player to follow.