400-1 Kim lands the spoils at Sawgrass 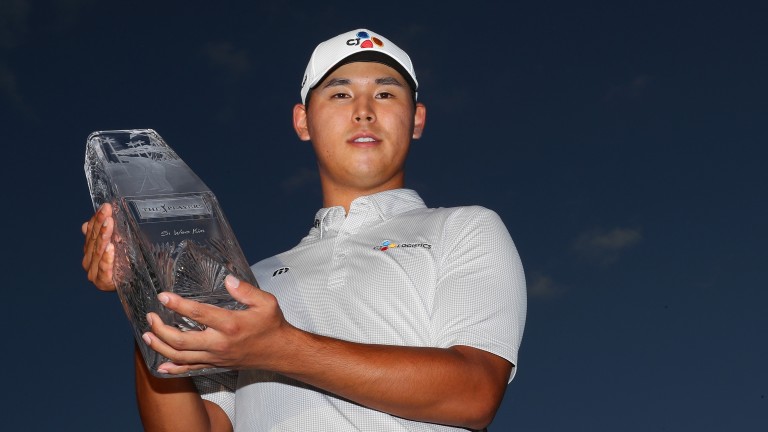 Si Woo Kim won the Players Championship at enormous prices on Sunday and the Korean starlet is scheduled to tee up again this week in the AT&T Byron Nelson.

Kim, an ante-post 400-1 chance with bookmakers for Players glory and available at 999-1 on Betfair, cruised to a three-shot triumph to become the youngest winner of the Florida showpiece. He turns 22 next month.

Kim may choose to rest and skip the AT&T after banking a Players first prize of $1.89m, but his father insists on a heavy workload and Kim has been competing over the last six months despite nursing a back injury. He has withdrawn in-play from four of his last 16 tournaments.

If Kim retains his place in the AT&T field, he will be up against Masters winner Sergio Garcia, who is the defending champion. Dustin Johnson, Jason Day and Jordan Spieth are also in attendance at TPC Four Seasons, Texas. Kim lives in Dallas, Texas, so would only have a short journey to make.