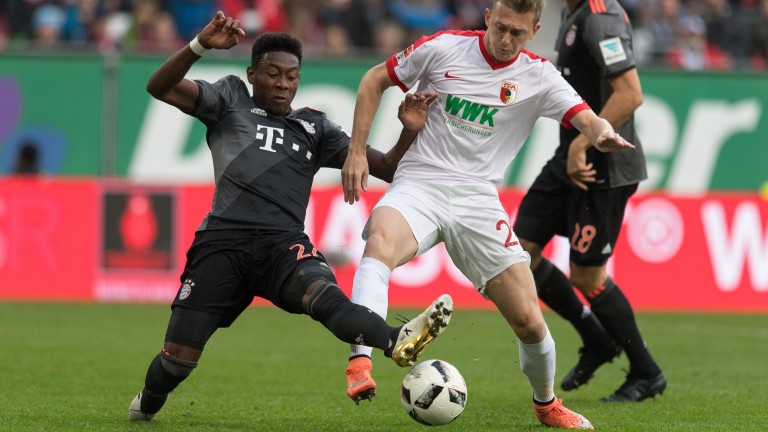 Leicester's success in England last season proved that miracles can happen and another team quoted at a four-figure ante-post price are looking to cause a splash in the Bundesliga.

Leipzig, 1,000-1 in the opening show after gaining promotion to the German top flight, were still on offer at 750-1 at the off but are now level on points with giants Bayern Munich.

There has been nothing lucky about the rise of the controversial club, heavily backed by Red Bull and despised because of it by most in Germany, under impressive boss Ralph Hasenhuttl.

Most of the youthful squad are in their early twenties and have been brilliantly put together by sporting director Ralf Rangnick.

Naby Keita (21), Marcel Sabitzer (22) and Timo Werner (20) are destined for the top and not many in Europe deliver a better set-piece than Emil Forsberg.

The acid test for the east German outfit comes against Bayern in Munich on Wednesday but whatever happens they are looking nailed-on for a top-four finish as the likes of Dortmund, Leverkusen, Schalke and Wolfsburg struggle to make much of an impact.

Bayern’s course-and-distance form will probably tell when the sides resume from the winter break even though they have dipped well below their usual standards in a strange season where Hoffenheim, under 29-year-old coach Julian Nagelsmann, are still unbeaten.

The pre-season advice to get with Dortmund and Leverkusen is looking wide of the mark, although due to Tuesday's games there is no opportunity to have an additional wager.