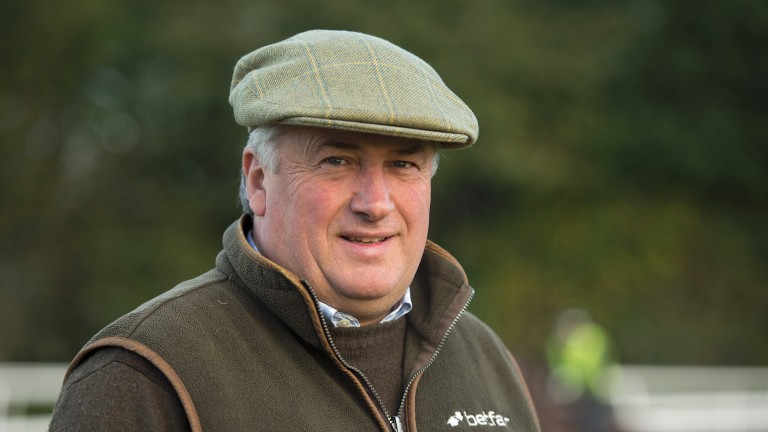 Winning hurdler Zubayr earned his place in racing quiz books when giving multiple champion jumps trainer Paul Nicholls his first winner on the Flat in a maiden at Kempton on Wednesday evening.

It was expected that market leader Peterport, who was beaten favourite at the expense of Godolphin's Derby hope Dubai Thunder at Newbury last time would boost that form, but he was swept aside by Zubayr and the trainer’s daughter Megan, who put her 5lb apprentice allowance to good use.

Father and daughter hugged in the winner’s enclosure and Royal Ascot is now in mind for the five-year-old, who will get a handicap rating on the Flat next week after this third outing, having run twice on the level in France.

The delighted winning trainer said: "That was really, really good to have my first winner on the Flat ridden by Megan.

"We had gone close with High Secret and Volpone Jelois last week and this was a nice moment."

Megan Nicholls, who completed a double having won the apprentice handicap on Victor's Bet, is based in Yorkshire riding out for trainers including the Easterbys and Karl Burke, and she stayed cool in a maiden where plenty lost their head off a strong pace.

Zubayr, winner of the Adonis Juvenile Hurdle at the track last year and second in the Scottish Champion Hurdle, proved too classy and strong for his younger rivals.

Paul Nicholls added: "The plan was to get him a handicap mark and go to Royal Ascot for the Duke of Edinburgh on the Friday, and High Secret could run in the Ascot Stakes on the Tuesday."

FIRST PUBLISHED 9:49AM, JUN 1 2017
We had gone close with High Secret and Volpone Jelois last week and this was a nice moment