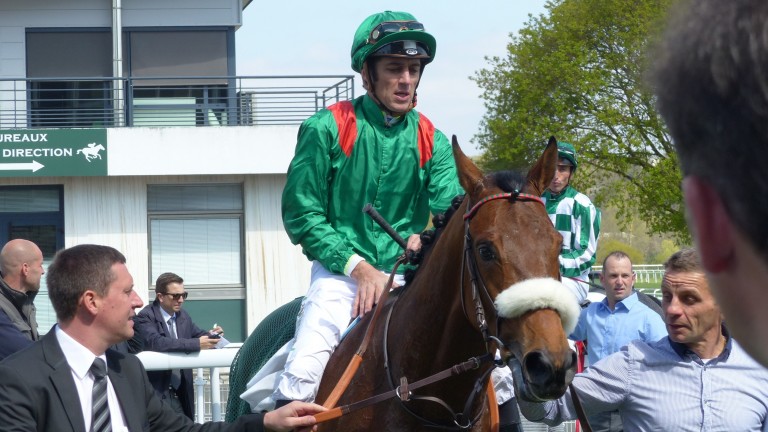 There is no Cloth Of Stars lying in wait for either Zarak or Mekhtaal in the Group 1 Prix d'Ispahan on Sunday, staged at Chantilly for the second year running and which has been won by greats like Goldikova, Cirrus Des Aigles and Solow in recent years.

Both colts suffered narrow defeats at the hands of the Godolphin horse on their most recent appearances, with Zarak getting closest when finishing a short neck second to Cloth Of Stars in the Group 1 Prix Ganay.

Before that the four-year-old had enjoyed a productive trip to the Dubai Carnival, winning the Group 3 Dubai Millennium Stakes before finishing fourth in the Group 1 Dubai Turf, for which he was sent off favourite.

Despite his strong level of form, trainer Alain de Royer-Dupre is not convinced he will have his optimum conditions.

He said on Saturday: "Zarak is very well and we expect him to run well, but one problem could well be the ground as it is likely to be pretty firm."

Mekhtaal was a neck adrift of Cloth Of Stars on his reappearance in the Group 2 Prix d'Harcourt at the same track in April but has been absent since.

The Cloth of Stars/Andre Fabre/Godolphin combination are represented by Usherette in the six-runner line-up, with the five-year-old trying to break through at the top level after two Group 2 wins last summer.

Usherette prepped nicely for this when third to Jimmy Two Times in the Group 2 Prix du Muguet at Saint-Cloud on May 1.

Jim Clarke, assistant racing manager to Godolphin, said: "Usherette ran a pleasing comeback when third to Jimmy Two Times and is a high-class mare on her day. This is a step up in class but she should give a good account."

British interest in the nine-furlong contest lies with the Harry Dunlop-trained Robin Of Navan, who finished fourth to Cloth Of Stars in the d'Harcourt.

Dunlop said of the four-year-old: "We're excited to be dropping him back in trip, which should play to his strengths. We're just hoping the race doesn't get too tactical and the ground doesn't dry out too much."

If Zarak fails to deliver for the Aga Khan and de Royer Dupre, half an hour later they have an even stronger chance in the shape of smart stayer with Vazirabad, who is out to repeat his easy win of a year ago in the Group 2 Prix Vicomtesse Vigier.

The five-year-old, who faces just three rivals, is treading a familiar path from Meydan, where in March he won the Group 2 Dubai Gold Cup for the second year running.

FIRST PUBLISHED 6:00PM, MAY 27 2017
One problem could well be the ground as it is likely to be pretty firm