Zac Purton: it's getting scary how good Beauty Generation is starting to become 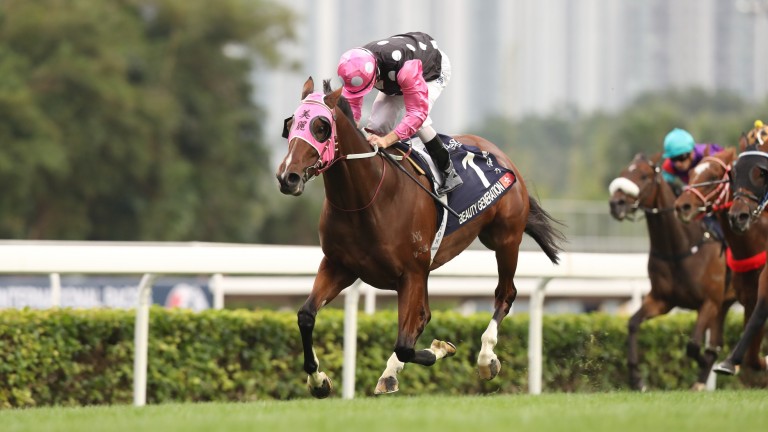 Hong Kong superstar Beauty Generation is starting to become "so good it's scary", according to big-race rider Zac Purton, who is relishing renewing his partnership with the miler in the Hong Kong Stewards' Cup on January 20.

Speaking after a barrier trial at Sha Tin on Tuesday, Purton could not conceal his excitement about the progress the dual Hong Kong Mile winner is making.

He said: "He just seems to be getting better. It's getting into scary territory now, how good he's starting to become. It's like he's got stronger and got a lot more confidence. He seems to do it with ease and he enjoys doing it."

Beauty Generation's stellar performances have attracted the attention of Ascot's director of racing and communications Nick Smith, who is aiming to lure the star six-year-old to this year's royal meeting.

"It's still quite early days and they've several options," Smith said on Tuesday. "I spoke to [trainer] John Moore about it before Christmas at the International meeting and he was fairly enthusiastic about considering Royal Ascot and we'll follow it up.

"We will have somebody at the Champions Mile meeting at Hong Kong [on April 28] which could be Beauty Generation's final run before Royal Ascot. That race is after entries for Ascot close and I think hopeful would be the right word at this stage."

International raiders a boost for racing

Smith will be racking up the air miles in the coming months, with Australia, Japan and America also on his list of destinations as he attempts to attract some of the world's best horses to the five-day fixture.

This now established annual exercise by Smith and his team not only raises the meeting's profile, but helps strengthen international relations, with connections of Black Caviar and Able Friend, who raced at the fixture in previous years, now active in ownership in Britain.j

"Internationalisation is very important for the industry as a whole," Smith added. "It is now intertwined with broadcast contracts overseas and betting arrangements with the likes of the Hong Kong Jockey Club.

"The raison d'etre of meetings like Royal Ascot and the Derby is to drive international investment into British racing. At a time like this when we're facing so many problems it's fundamental that we take a lead in driving investment back into the industry."