It is that time of year when trainers and owners alike start plotting their path to the finals of the All-Weather Championships and a number of connections with runners in this competitive sprint handicap confess to having one eye on Good Friday.

Just 11lb covers the entire field on official ratings, with Big Time heading the weights as he makes his comeback after a winter break.

A shrewd claim by the Kevin Ryan yard after he won at Epsom in July, Big Time went close to scooping a huge pot on his first start for the yard at Goodwood the following month and is proven on an artificial surface, having previously won at Chelmsford and running a close second at Dundalk when last seen in October.

The only last-time-out winner, Zac Brown, is at the other end of the weights. He made all when winning at Wolverhampton 15 days ago and is reported in top form by trainer Charlie Wallis.

Robot Boy is a familiar name and the smart sprinter makes his 39th start this afternoon. Incredibly, for one with so much experience, this will be his first start on the all-weather, having raced exclusively on turf to date.

Sign Of The Kodiac, back to form on his last run, was only narrowly beaten on finals day last year and all roads lead back to Lingfield on Good Friday, according to trainer James Given.

Adam Ryan, assistant trainer of Big Time
He’s improved since he’s arrived. He’s been in great order throughout the winter and on his best form he should have a good chance.

James Given, trainer of Sign Of The Kodiac
He was very progressive last winter, culminating in a second on finals day, but probably just peaked out in the end. His form had been a bit patchy until his last race and one hopes he is returning to a bit of form. It’s competitive for the money and we’re aiming towards a Good Friday run.

David Barron, trainer of Robot Boy
If we were ever going to try him on the all-weather it had to be now, really. There’s more negatives than positives, like the trip and track and the fact it’s his first time round a bend since his two-year-old days, but if you can forgive all that he’s not without a chance on his form. He’s fit and seems well. 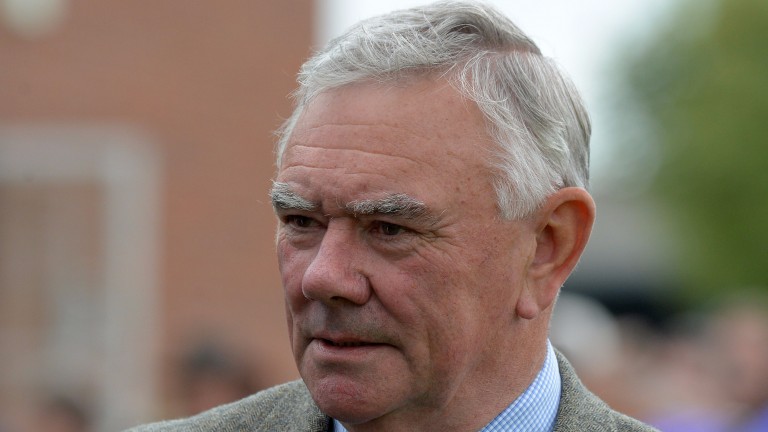 David Barron: tries Robot Bot on the all-weather for the first time
Phil McEntee, trainer of Gentlemen
I give him a great chance. The draw isn’t ideal but he ran a blinder at Kempton last time and we’re expecting the same again. This will be his first try at Lingfield and we’re looking forward to it with Good Friday in mind.

Stuart Williams, trainer of Upavon
He’s been running well but a lot of the time he’s slow out of the stalls, which compromises him, especially round Lingfield. He’s been creeping up the handicap, but if he could get out on terms he’d have a good chance. I think it'll come down to who gets the luck in running.

Charlie Wallis, trainer of Zac Brown
I hope he’s got a live chance. We’re back to six furlongs, having won over five last time, but it’s a quick track and I don’t think it will be a problem. Bosham will probably go and we’ll try to slot in and take it from there. He’s in rude health.