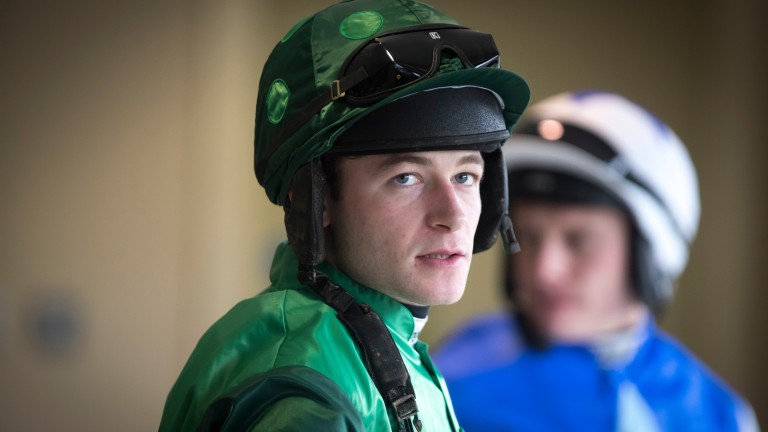 I was thinking, 'Frosty, what are you doing? Why are you celebrating in front of an empty grandstand?'
Bryony Frost reflects on steering Frodon to King George glory last month

He came out of the King George so well that he only had two days off because he was going to hurt someone if I didn't ride him out!
Ruth Jefferson on the wellbeing of Waiting Patiently ahead of his run in the Clarence House at Ascot

Rua striding out well this morning leading the string!

I think there will be some form of crowd at all our fixtures this year. We start on April 30 and I'd be really surprised if there weren't some crowds in by then
Goodwood managing director Adam Waterworth is confident crowds will return this spring

It's a total shock to the system – at 80-1 it's the same to everyone else as well, isn't it?
Trainer Richard Bandey was as surprised as anyone by outsider Eclair Mag's win at Market Rasen

I paid £2,500 for him and if I could get another one the same now I would. I've no chance but I'll keep trying
Suzzanne France fears it will be hard to replace the 13-year-old Ad Vitam, who has been retired after his 100th race

That’s what friends are for...Gary sustained pretty serious tendon injuries on the AW at Newcastle Joss is by his side and letting him rest quietly. They are such good friends. pic.twitter.com/YZs87MCt3E

I can't thank the doctors enough. I was conscious and I remember being in the ambulance with the blue light flashing and it was fairly humbling. It brings you back to reality
Jerry McGrath recalls his experience following his horror fall at Lingfield, with the jockey set for a long spell on the sidelines

It's relentless. There is no break. You're always on call. If you decide not to go to Sligo for one ride on a 33-1 shot you're called a lazy f***** for not getting up off your arse and going. And I've been called that many times
David Mullins explains why he called time on his riding career

He is such a nice guy to go along with it as well. I thought he'd make it after the National. I really did think he was destined for the very top. He had so much talent
Trainer Mouse Morris, who teamed up with David Mullins to win the 2016 Grand National on Rule The World, gives his thoughts after the rider's retirement

FIRST PUBLISHED 6:00PM, JAN 23 2021
I was thinking, 'Frosty, what are you doing? Why are you celebrating in front of an empty grandstand?