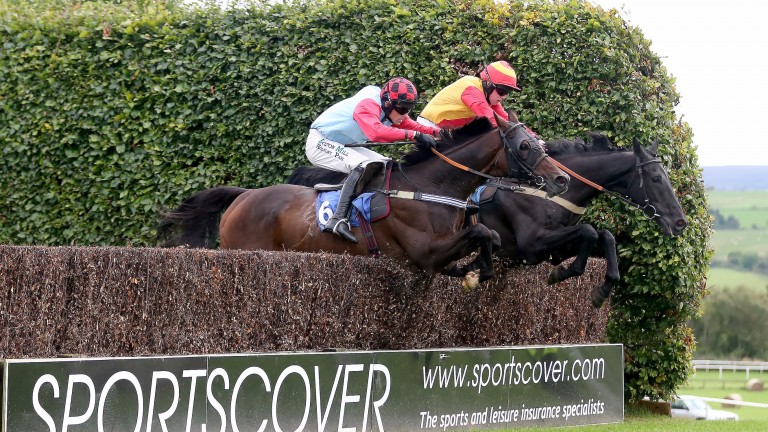 This is the highlight of a meeting staged as a replacement fixture after Leicester was called off due to the hard ground. It features seven runners from the north, the Irish raider having being scratched on Sunday.

Doing his trainer proud
The star attraction is Formidableopponent, who is the only horse Willie Young jnr has to race under rules and is doing him proud, having won five of his last six races. He was beaten just a neck when going for a six-timer over course and distance last time.

He has proved a real bargain buy as he was bought for just £800 at Doncaster in September 2015, having formerly been trained by Noel Meade and raced in the JP McManus colours.

He was a promising youngster – and once had a rating of 134 – but had rather lost his way and it has taken time for him to be rejuvenated. It took 16 runs before he scored for his new trainer, but having landed that elusive first success he has proved a veritable money-spinner.

Dobbin deserves a break
Rose Dobbin, who fields two runners, deserves a change of luck following the news that her Eider Chase winner Rocking Blues is unlikely to race again having suffered a leg injury and that the promising Jonniesofa, who won three times over hurdles last season – including the Grade 2 Albert Bartlett Novices' Hurdle at Haydock – is out for the season with a suspensory ligament problem.

Micky Hammond, trainer of Tickenwolf
He's taken well to chasing and will like the ground, so I'm hoping he'll go well.

Lucinda Russell, trainer of Jack Steel
He ran much better last time when third over hurdles at Carlisle. He's schooled well since and seems well in himself at home. It's a bit of a fact-finding run really as he's up in trip, and there's a question mark as to whether three miles will suit him.

Sandy Thomson, trainer of Blue Kascade
I don't think the course will be ideal for him, but he came out of his last race well and so we'll give it a go.

Willie Young jnr, trainer of Formidableopponent
He's been an amazing horse for us this season. Apart from the ground I don't know why he's hit form again as we haven't done anything different with him at home. I know he's gone up in the weights, but he's been higher in the past and I genuinely think he's a 115 horse. I also had him in the two-mile-four-furlong race but he had top weight in that and he has a nice weight in this one. Sean Quinlan rides him again and gets on very well with him and knows him well, so hopefully he won't be far away.

Rose Dobbin, trainer of Mister Don and Proud Gamble
Both are well but they're up in grade. We're running as they need decent ground and it could be the last time they will get it this year.