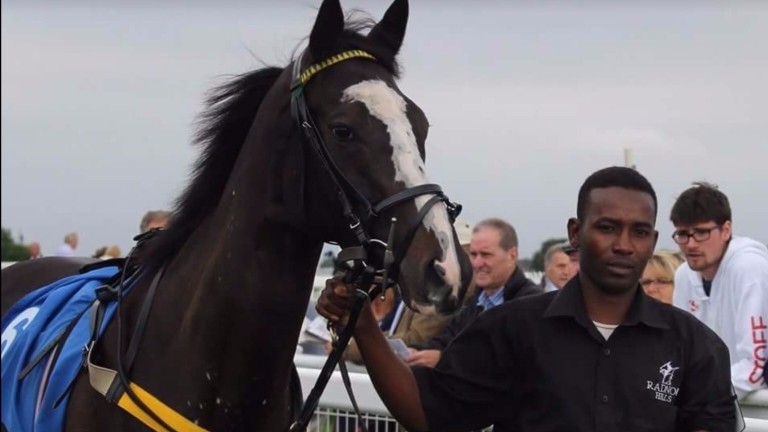 Overcoming adversity in life and sport is something nearly everyone has to face, but aspiring jockey Abdulkareem Musa Adam has endured more than most would in several lifetimes.

The 19-year-old has been nominated in the Young Achiever category for Wednesday's Daily Mirror Pride of Sport awards, and his life story should serve as an inspiration for others.

Originally from Darfur in western Sudan, Adam suffered tragedy as a seven-year-old. While he and his brother attended to their cattle, his parents and two sisters were killed when their village was bombed in 2004.

Having fled to a refugee camp in neighbouring Chad, he then went to Libya two years later. When civil war broke out in the country he was arrested and badly beaten after refusing to take part in the war as a child soldier.

A foreign doctor helped Adam escape in the boot of his car and he left Libya on a humanitarian ship, arriving in France aged 15.

He then lived rough for 18 months before entering Britain as a stowaway on a lorry bound for Swindon. After he was granted asylum, attempts to study at the local college proved tough before he was diagnosed with post-traumatic stress disorder.

But when Wiltshire social services put him in touch with ex-racehorse charity Greatwood last summer, Adam's life began to change for the better.

"I am always happy around animals it makes me happy like I am back at home," he said. "If I am upset or angry I will go to the yard and spend time with the horses and this makes me feel happy."

Recognising his passion for horses, Greatwood contacted trainer Nikki Evans, and Adam was taken on by the yard in Abergavenny, where he learned to ride.

Evans's husband Paul said: "The transformation in Abdul in four and a half months was quite amazing. He was a complete non-rider when he came to us, and by the time he left us he was riding last lot.

"He turned up us as a shy kid who could barely speak English and by the end he'd go racing, lead up horses and chat with all the owners. It should be onwards and upwards for him."

Adam also received help improving his English from the Evanses and their friends and his journey has now reached the Northern Racing College at Doncaster, where he is enrolled on a 12-week course.

He is full of praise for Greatwood and how it has helped him, and said: "Greatwood are amazing – they help any child, anyone to achieve their dreams. I feel special and cannot thank them enough for nominating me. They were always there, caring for me and encouraged me to work towards my dreams."