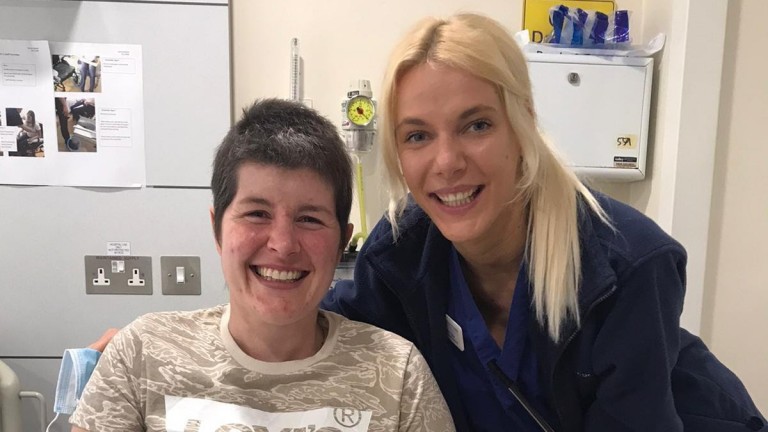 The Racing Post's David Carr was announced Racing Writer of the Year at the HWPA Derby Awards on Thursday. Here, in one of three pieces David submitted to the judging panel, read his interview with Harriet Bethell as the trainer defied the odds and rebuilt her life after a brain injury

No matter how bad things seem in these days of Covid-19 gloom, there is always hope. Ask Harriet Bethell and her family.

To see her smiling in the East Yorkshire sunshine after the bleakest of nine months is to know that anything is possible.

She is back home, back with those closest to her and – in the phrase of the Chancellor eager to get the economy moving again after lockdown – keen to get back to work.

It was not a virus that turned her life upside down, and nearly ended it. Rather a crashing fall on the gallops just up the road from the yard in Long Riston near Hull from where her fourth season with a licence was going extraordinarily well last summer.

So well that her victory with Sumner Beach at Pontefract, showcasing the trainer's burgeoning talents by defying retirement calls to score his first success since his debut, meant she had won with all five horses she had run on the Flat in 2019.

Harriet Bethell's story as it happened:

But Bethell, 33, was not there to take the plaudits. She was fighting for her life in intensive care in hospital in Hull after suffering serious head injuries in a freak fall from Lopes Dancer – reckoned by all to be the quietest horse in the yard – that very morning.

She had suffered multiple bleeds on the brain and been placed in an induced coma, which was horribly frightening news for her parents William and Liddy to hear as they prepared to return from a trip to the Dordogne.

"We got a call to say she had a bad fall," recalls William. "We sweated for two hours on the flight 'how bad is bad?' When we got back we made calls and it was obviously very bad.

"I can't tell you my first thought on seeing her in hospital, I'm a bit squeamish and I really can't remember – I think I've blanked it out of my memory.

"It was a tough time, she was in a coma for five weeks. She was induced for one week then they took her off the drugs and it was a question of whether she'd wake up or not."

Whether she would wake and in what state were the fears going through the head of a father who has to speak for his daughter as her memories of that time are understandably limited.

"I can't even remember anything of the morning before," she says. "I can't remember getting up to feed or anything like that. The first thing I remember was when they were transferring me to the Castle Hill rehab hospital. I was outside feeling a bit cold and gasping for a cigarette!"

What she will always remember is the six months of hard work that came following her transfer to the specialist Wellington Hospital in London, which had treated jockey George Baker after his head injury.

Waking up was only half of the battle. The brain injury she had suffered, one so serious she had needed part of her skull removing to ease the pressure, meant she had to relearn how to do even the simplest of tasks. 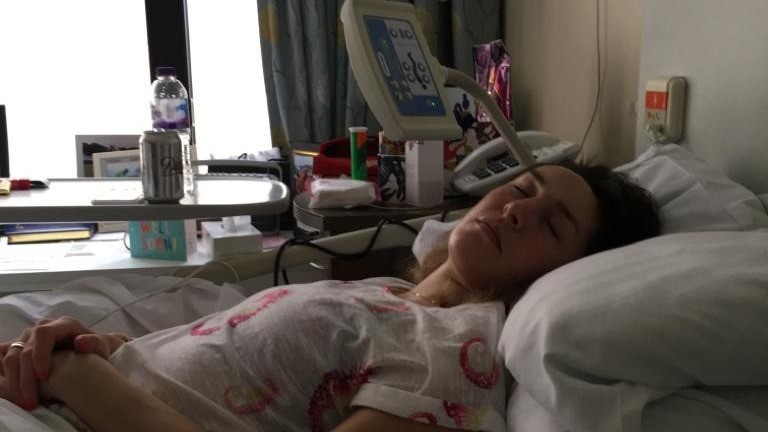 "I remember the first time I brushed my teeth when I was in Castle Hill," she says. "They'd told me I might struggle with stuff that I used to find really easy but I thought 'I've got this, I'll nail this'.

"Then I put the toothbrush in my mouth and bounced it off every gum possible so that in the end I was bleeding. It's a coordination thing, it's the really simple things you take for granted that you can't do. You have to re-teach your brain how to do things."

That re-teaching involved physiotherapy, occupational therapy, speech and language therapy plus neuropsychology, efforts which took their toll mentally as much as physically.

"I'm not going to say I didn't have my down days because I definitely did," says Bethell. "I used to ring Mum every time I had a bit of a bum out moment and cry down the phone to her, it probably did her no good but she was always there and she deserves a medal as big as a dustbin lid.

"But the better I've got, the more I've got a bit more like myself. I didn't feel much like me in the early days."

Nothing is easy after a brain injury and Bethell recalls: "I spent months learning how to stand up properly, which I never seemed to get at all. I remember saying to Rob, my physio 'Am I just being really thick or is this flipping difficult?' and he said it is very difficult.

"Every brain injury is different so they couldn't put a finger on when an end date might be but my main aim was to walk while I was in there and I managed to do that.

"It was everything I'd been working towards for six months, it took all of that time and I did it on the day before I came home – you couldn't script that!"

That longed-for homecoming was last weekend and was hugely emotional. As she says: "It was a bit of a head-bender but it's great to be home." 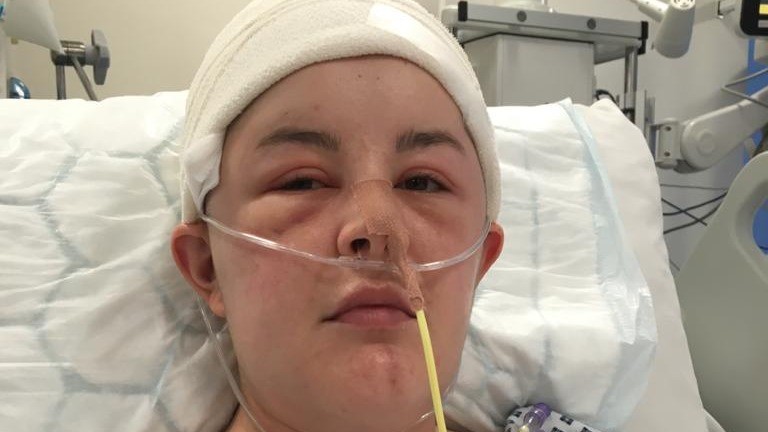 Plenty more physiotherapy, occupational therapy and re-learning awaits – "You eat with a knife and fork all your life but now I struggle to use them, it's unbearable," she says, citing an example of how far she still has to go.

Her father believes she will continue to progress and says: "Harriet has tremendous will and who's to say that with another six months she won't be running round the garden?"

But before then she could be circumnavigating a rather larger green space, the longest Flat circuit in Britain.

"I want to do a sponsored walk around Pontefract," she says. "My dad is chairman and his father was chairman as well. It’s the last place I trained a winner and I want to support the Injured Jockeys' Fund because they've helped me so much."

The woman who rode a winner on her first ride in a point-to-point at the age of 17 and also enjoyed 15 successes under rules as an amateur has not ruled out getting back on horseback eventually.

She says: "I asked my doctor if it was possible and he said 'will it make a difference if I tell you yes or no?'

"He said the problem is because of the injury my reflexes won't be as good so I might fall like an absolute banana – I'm not saying never and I would like to get back on a horse but not right now."

Taking the training licence back over from her father and picking up where she left off is her eventual aim. But don't be surprised if she proves reluctant to sign autographs after her first winner back.

"My handwriting looked a flipping mess when I first tried after the accident but it's got better," she says.

"My speech therapist managed to photocopy my signature from the back of my card so I spent a long time tracing over the top of my signature trying to relearn it – but in the end I got so fed up with it I just thought 'sod it!'"

'I am strict. Damn strict but always fair. Discipline is the main thing'

FIRST PUBLISHED 4:15PM, DEC 10 2020
I spent months learning how to stand up properly, which I never seemed to get at all