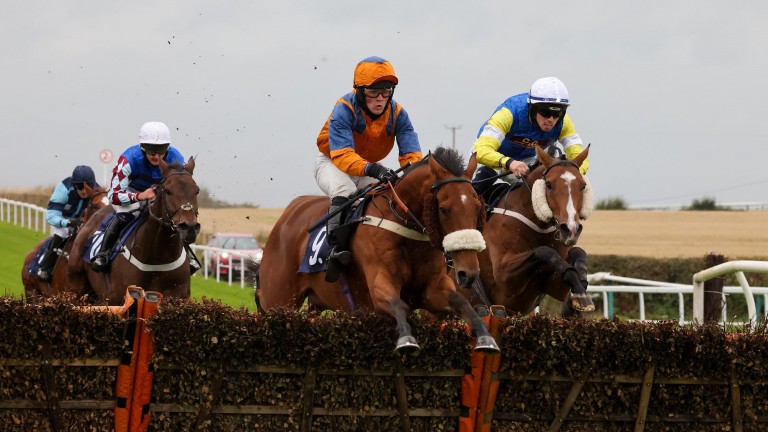 Mitchell Bastyan strikes on Sergeant, who was the second leg of a double for the jockey
ANDREW PARKER - GROSSICK RACING
1 of 1
By James Burn 7:00PM, SEP 28 2021

Mitchell Bastyan, once tipped as a rising star of the weighing room after emerging a few years ago, hogged the headlines with a double and showed why that billing may not have been misplaced.

Bastyan partnered Court Minstrel to victory in Chepstow's Grade 3 Silver Trophy in October 2017, won a valuable chase aboard On Tour at Ascot a month later and ended that campaign with a healthy 24 winners.

Just one was recorded in 2019-20 and the rider recently spoke about the mental and physical pressures that went with the role.

He bounced back with 16 winners last season and moved on to seven this term when shining on the Milton Harris-trained pair Knight Salute in the 2m1f juvenile hurdle and Sergeant in the 2m1f conditional jockeys' handicap hurdle. 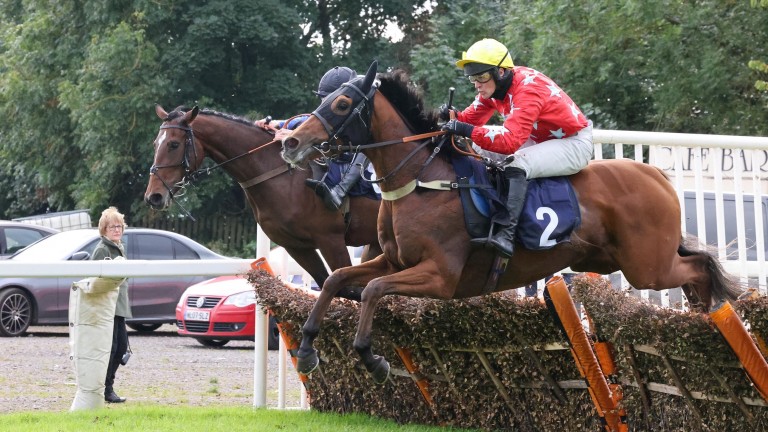 The 23-year-old said: "You could say I've got my mojo back, but I'm riding good horses for good people – that's all. The Racing Post article went down very well – it was a brilliant read – and a lot of people said, 'fair play for opening up'."

As for kicking on, Bastyan added: "I'd obviously like to win a big race, but also keep in one piece and keep the ball rolling. The way things are going I'd love to beat those 24 winners from a few years back, but just beating the 16 I rode last season is something I'd be delighted with.

"I'm at Milton's four mornings a week and also pop into David Bridgwater's once a week, and then Keiran Burke, Laura Young and wherever else I can."

FIRST PUBLISHED 7:00PM, SEP 28 2021
I'd obviously like to win a big race, but also keep in one piece and keep the ball rolling

Signy relishing the prospect of fences for No Word Of A Lie 'It was relationships, finances... I lost everything because of racing'