'You can't beat it. I have to pinch myself sometimes that it's my job' 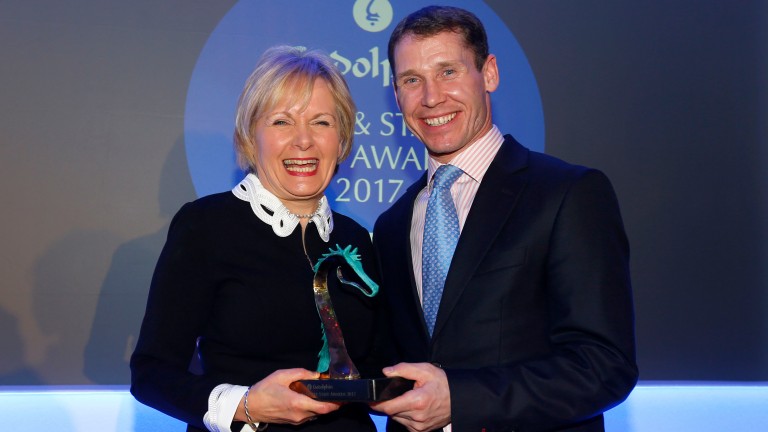 Sarah Monkman, welfare officer for Racing Welfare in Malton and winner of the Rory MacDonald Community Award, reflects on her success and the challenges of the job

What makes for good welfare staff?

How important are these awards?

They're fantastic. I was humbled to receive mine, which I felt was on behalf of all of the retired stable staff I work with in the Racing Reminiscence group in Malton, which came about through the Sporting Memories scheme. It was designed to combat loneliness and isolation but it initially had no representation from the racing world, even though it's the second biggest sport in the country. That's where I came in. We hear a lot of negative things about stable staff, but their commitment and dedication can't be questioned, across all ages and from all sorts of backgrounds. Whatever their personal problems, they all have that affinity with horses. The awards are a lovely way of saying thank-you for that commitment and for all of the hard work.

What did it mean to be nominated?

It was huge. I couldn't believe it. It was great to meet all of the other finalists, as well as all sorts of other people in the industry, and we all had a wonderful day.

If you could change one thing about your job what would it be?

Less time on the computer and more time out and about. I love interacting with people and horses.

What I pick up when going around yards is that so many of them are short-staffed. I think there's too much racing and people are expected to take care of too many horses. When I was first involved it was usually three horses per person, no Sundays, no Good Fridays, no twilights and so on. It's changed enormously and racing relies far too much on goodwill. That goodwill won't last forever.

What's the best thing about your job?