You Beauty! Generation game for more and lands a second Chairman's Trophy 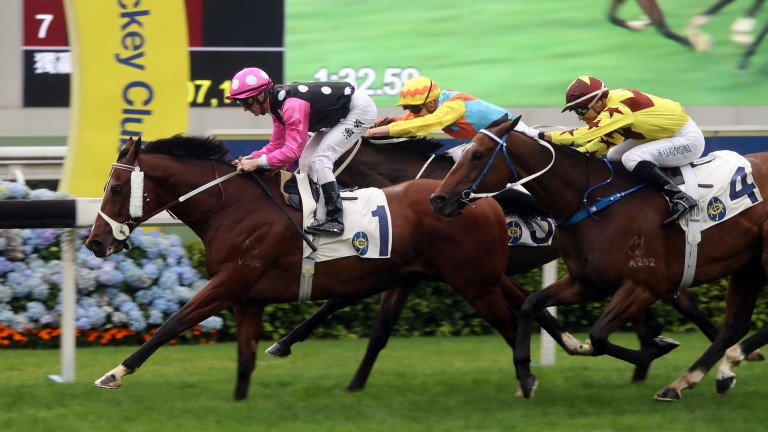 Hong Kong star Beauty Generation continued his resurgence with victory in the Chairman's Trophy at Sha Tin on Sunday.

The seven-year-old, who is officially rated the best miler in the world, had suffered four straight defeats before landing the Group 1 Queen's Silver Jubilee Cup on the same course in February.

And Zac Purton's mount followed up that victory by repeating last year's success in the Group 2 Chairman's Trophy, again scoring by half a length from the Silver Jubilee Cup runner-up Ka Ying Star even though that rival was 5lb better off at the weights this time.

Waikuku, who had beaten Beauty Generation the last four times they had met, was sent off odds-on favourite to maintain his superiority but trailed in sixth of the seven runners.

It was a 15th career Group-race success for the John Moore-trained gelding, who became the first horse to win more than 100 million Hong Kong dollars in prize-money and will now bid for a third win in the Champions Mile later this month. 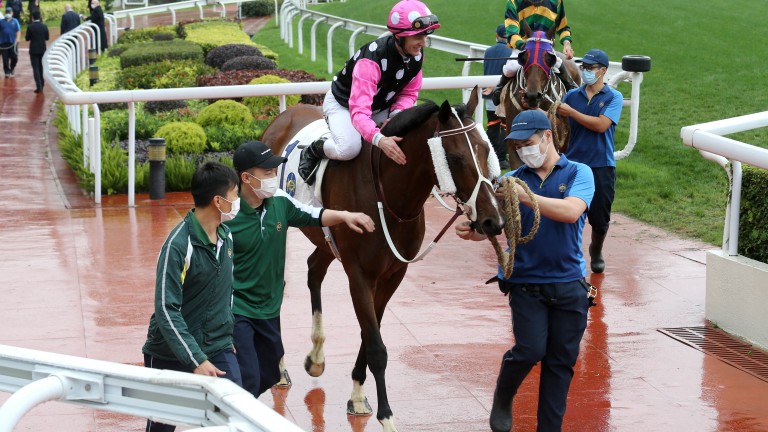 "He's done that nicely leading into the Champions Mile," Moore said. "He's 100 per cent right now, so I've just got to carry that through the next three weeks.

"It was a very nice win, the tempo was absolutely perfect and everything went to plan. My fellow wasn't hit, it was hands and heels, so it's a good sign for the Champions Mile – everything is positive.

"One thing I like – when Zac got off he said when they came on him, he showed some of his old fighting heart; he said he just knuckled down, he kicked and if the old boy is feeling in that sort of mood coming to the Champions Mile he has to be right there."

FIRST PUBLISHED 9:48AM, APR 5 2020
One thing I like – when Zac got off he said when they came on him, he showed some of his old fighting heart