Yorkhill wins without coming off the bridle 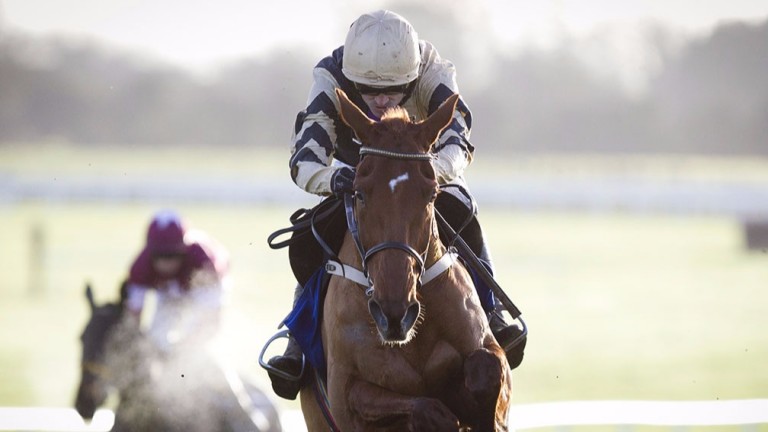 Yorkhill justified his position at the head of the JLT market with a bloodless display, winning without coming off the bridle under Ruby Walsh at odds of 1-5.

It was hardly spectacular for a horse of his odds but Yorkhill required only hand-riding from Walsh to shrug off the attentions of Jett from the last fence.

Walsh took up the lead with more than a mile to run on Yorkhill, who jumped markedly to his left. By the time Yorkhill approached the second-last all four opponents were on his heels, but Walsh was unflustered and steered his mount to victory without picking up the whip.

He was immediately cut for Cheltenham glory by most bookmakers –Paddy Power clipped him into 6-5 favourite (from 7-4) for the JLT Novices' Chase. The Willie Mullins-trained seven-year-old remains 7-4 with Sky Bet and Betfred.

Yorkhill was the sixth Mullins-trained winner of the race in the last ten runnings and joins an illustrious list of former victors, including Djakadam and Sir Des Champs.

Mullins said: "He was very strong with Ruby there. He had a tendency to jump left again but he seemed to be all right. We thought we would get a lead from the two horses in front but obviously his cruising speed is greater than theirs.

"He might run again before Cheltenham as the experience would do him no harm."