Yorkhill to start out over fences at Fairyhouse 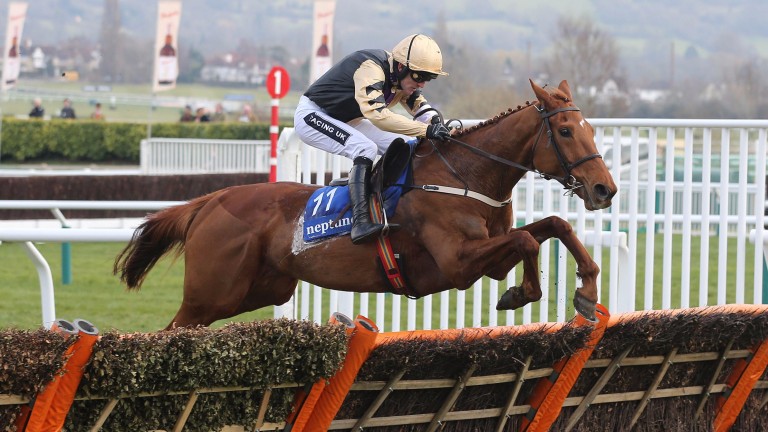 Yorkhill, a three-time Grade 1 winner over hurdles last season, has been declared to make his chasing debut at Fairyhouse on Saturday.

The six-year-old will start off over fences against eight rivals in a 2m beginners chase that trainer Willie Mullins has won the past three years with Killultagh Vic, Un De Sceaux and Mozoltov.

Yorkhill, who is owned by Andrea and Graham Wylie, is already the 5-1 favourite for the JLT Novices' Chase at the Cheltenham Festival, a race that was won by the same connections' Black Hercules last season.

Always highly regarded, Yorkhill proved to be one of the leading novice hurdlers last season, winning the Tolworth Hurdle before triumphing in the Neptune at Cheltenham and then the Mersey at Aintree.

There may also be Cheltenham clues on offer at Haydock on Saturday as Nicky Henderson unleashes Buveur D'Air in the 2m novice chase.

Buveur D'Air followed up an excellent third to stablemate Altior in the Supreme with a Grade 1 win in the Top Novices' Hurdle and is a 20-1 chance to win the Racing Post Arkle.

However, he faces a stiff task on his first start over fences as he clashes with Cloudy Dream, who earned quotes of 16-1 for the Arkle after making it two from two as a chaser when comfortably winning a graduation chase last month.

Reputation on the line

Two horses with huge reputations clash at Navan on Sunday as Death Duty, 8-1 favourite for the Albert Bartlett, and Invitation Only, who heads the Neptune market at the same price, have both been declared for the Grade 2 Navan Novice Hurdle over 2m4f.

Both horses took high rank in the bumper sphere and have made the perfect start over hurdles to date, looking like high-class prospects.

Invitation Only is trained by Willie Mullins, while Death Duty is in the care of main rival Gordon Elliott, which adds another layer of intrigue to this fascinating contest.

Death Duty won the 'Future Champions' bumper last year - a race won by Don Cossack back in 2011 - and Elliott saddles another horse held in the highest regard in the shape of Samcro, who was an expensive purchase from the pointing sphere and won by a wide margin on his rules debut at Punchestown.

FIRST PUBLISHED 11:49AM, DEC 16 2016
Yorkhill will start off over fences in a race trainer Willie Mullins has won the past three years with Killultagh Vic, Un De Sceaux and Mozoltov