Latest NO RUSH TO CHANGE 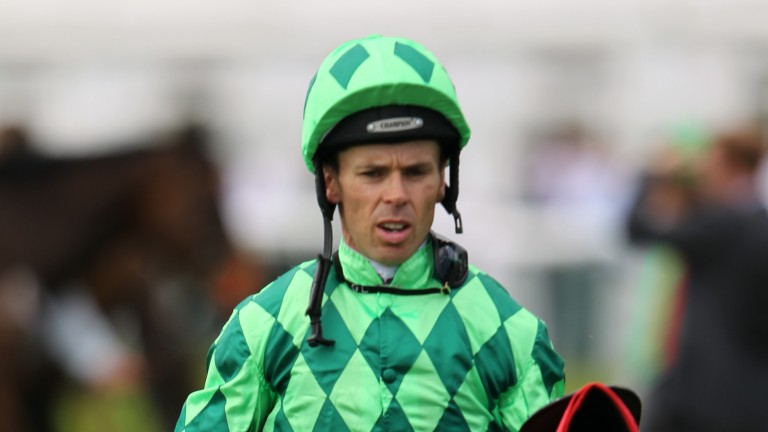 York will look at the conditions of its jump jockeys' Nunthorpe following suggestions in some quarters that the participation of the race's winner Graham Lee, who has concentrated very much on the Flat since 2012, was not in the spirit of the event.

However, racecourse chief executive and clerk of the course William Derby hailed the race a huge success and is not promising changes to the conditions, which since its introduction last year have allowed the participation of the handful of jockeys who are essentially Flat professionals but hold dual licences.

Grand National winner Lee, who won Saturday's race on Fendale, beating 2017 winners Tom Scudamore and Tylery Wonder, has won more than 650 races on the Flat since switching codes. However, he has maintained a dual licence to enable him to ride in bumpers and rode four such winners two seasons ago, and two last season.

Derby said: "We will look at the conditions as part of our planning for next year, but I'm not going to commit to changes.

"We thought Saturday's race was hugely successful. With prize money up to £25,000 it was the race which had the most runners on Saturday, and it was a competitive betting race with a fantastic atmosphere. Every one of the jump jockeys sought me out afterwards to say what a wonderful day it was."

William Derby, chief executive and clerk of the course at York
Martin Lynch

It is within the racecourse's remit to make changes to race conditions of non-Pattern events and York could, if so inclined, restrict the 2019 running to jockeys who have jumps only licences.

Derby said: "It was our choice to make the race open to dual licence jockeys, and we did that with our eyes open as we didn't know in the first year how the race would shape up. We can limit if we so choose, but I'm not going to make that decision now."

Epsom and Goodwood stage similar races over longer distances, while Lingfield has a Flat jockeys' hurdle race. All three are popular both with the participants and the public.

Andrew Cooper, clerk of the course at Epsom, does not intend to alter the conditions of September's jump jockeys' Derby but might consider doing so next year.

He said: "We've never restricted the race to riders licensed only for jumps, and although this year's full conditions aren't yet published  I'm not inclined to make any changes. We've had the odd participant who is essentially from the other code, including Dougie Costello last year, but I don't consider it a major issue.

"My feelings would be in line with York's, but it's something we will have a look at."

Martin Dwyer, who rode in a bumper at Aintree last year but no longer has a dual licence, remembers the jump jockeys at Goodwood being glad to have Flat champion Richard Hughes in 'their' race one year.

He said: "Around Goodwood they needed Hughesie out in front to show them the way!"

FIRST PUBLISHED 2:57PM, JUL 2 2018
We will look at the conditions for next year, but I'm not going to commit to making changes. We thought Saturday's race was hugely successful