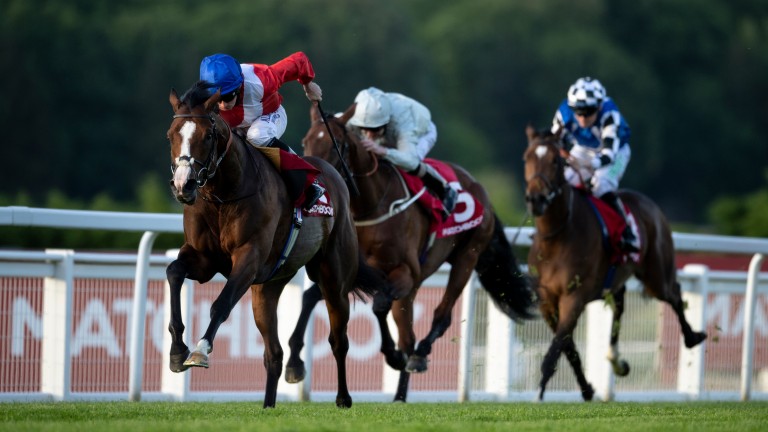 Sir Michael Stoute landed the inaugural running of the Group 2 in 2006 and he relies upon Regal Reality in this year's renewal.

The four-year-old looks certain to be sent off a warm favourite for the valuable prize on the back of his fine third behind superstar Enable in the Coral-Eclipse at Sandown this month.

Stoute has long been the master of patiently improving older horses in his care, and Regal Reality looks to be another shining example as this will be only his ninth start.

Usual partner Ryan Moore is required to ride at Ascot so Richard Kingscote gets his chance to shine aboard the Cheveley Park Stud runner.

Chris Richardson, managing director at Cheveley Park, said: "Obviously he ran a blinder in the Eclipse, but he is a bit of a character. He has his own opinions about things as he showed at Sandown when not liking the walkway out on to the course. Hopefully a change of scenery will help that quirkiness at York

"He has come out of the Sandown race in good form and has a favourite's chance in the race. But he would not want a lot of rain and I think there is some in the weather forecast for that part of the country."

El of a chance

Last year Elarqam failed by two necks when finishing third behind Thundering Blue in this and connections of the four-year-old are hopeful he can avenge that defeat.

He has been in decent form in his four starts this term, notching a couple of victories in Listed company at Goodwood and Sandown, but Charlie Johnston, son and assistant of trainer Mark, is confident of another big run.

He said: "In all honesty it looks a stronger renewal but we are going there with a very much in-form horse as Elarqam has been consistent all season. We have always known he has a high level of ability."

He added: "On the face of it, Regal Reality is the one they all have to beat on his Sandown third, but Elarqam is very well in himself and deserves to take his chance."

Richard Fahey, trainer of Forest Ranger
It's a bit tough he's carrying a Group 2 penalty, but there's nowhere else to go. He's in great form though and we're very happy with him. The break was by design; there are not many options for him. 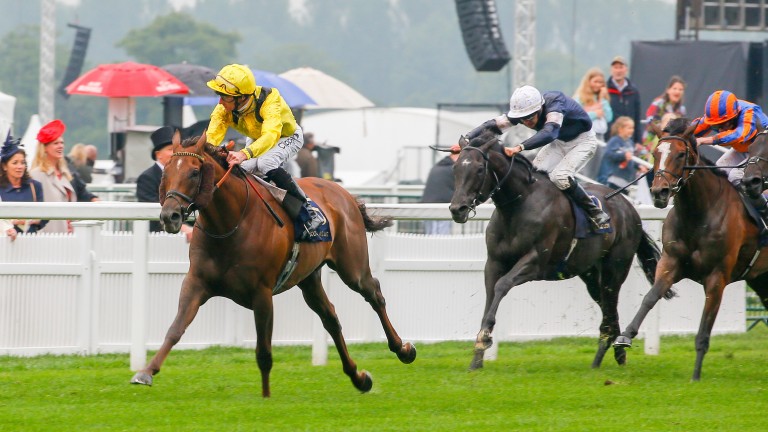 William Haggas, trainer of Addeybb
He is very well in himself but really needs plenty of rain to fall. It is probably unlikely he will run if the word firm is in the going description.

Harry Dunlop, trainer of Knight To Behold
He is in good form and we have waited for this race. It's a small field but still very competitive and we could do with a drop of rain for him. He will be wearing blinkers for the first rather than cheekpieces in the hope they can help him focus a bit better.

Andrew Balding, trainer of Bangkok
He's in great form. We hope he will run well but it looks a tough race. It was much more like it last time and he has always been a horse we have been excited about. We don't want too much rain up there as that might be a step into the unknown as to whether he would handle it.

FIRST PUBLISHED 6:00PM, JUL 26 2019
He has his own opinions about things as he showed at Sandown

Red-hot favourite Mohaafeth beaten as Bangkok prevails in three-way tussle Tom Segal has a potential Group horse and a lively outsider to back in the Ebor Inspiral 16-1 joint-favourite for 1,000 Guineas after Listed success Armory tees up Arlington Million tilt by taking on Mohaafeth in Group 2 Thady Gosden can't see a handicapper beaten at Ascot English tracks prepared for return of bumper crowds after easing of restrictions