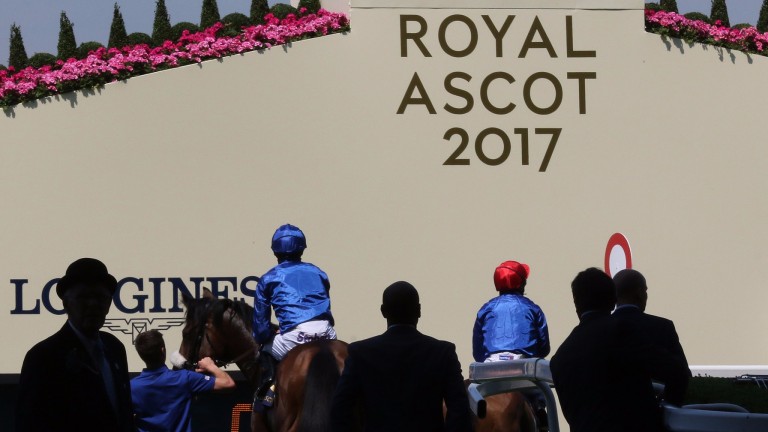 A super sprint and a fascinating marathon headline York's day three card, but the supporting action is also of a very high order – as is the prize-money...

This time last year his Barsanti defied top weight of 9st 10lb in the 1m4f handicap, holding on gamely by a neck under Andrea Atzeni in the colours of Sheikh Mohammed Obaid, who had won the Juddmonte International with Postponed.

There is no Postponed at York this year but Appeared looks primed for a big run in this £70,000 contest, despite racing off a BHA mark of 104 – just 1lb lower than Barsanti last year – after three solid efforts over this trip at Ascot in 2017.

"Appeared found the ground too soft and was badly hampered at Ascot, so it is best to put a line through that form," Varian said.

"He bumped into a subsequent Stakes winner in the Duke Of Edinburgh and he is a course and distance winner here. Apart from a dreadful draw, he looks to tick every box."

Saeed Bin Suroor took this with Memorial Day in 2015 and has two live chances today through Game Starter, who is on a hat-trick after two wins at Newmarket this summer, and Red Galileo, who was three places ahead of Appeared when the pair were second and fifth at Ascot four weeks ago.

The Group 3 £175,000 City of York Stakes has drawn 20 runners only six days after eight went to post for Newbury's Group 2 Hungerford Stakes, staged over exactly the same 7f distance but worth slightly less at £150,000.

The betting looks more akin to that of a big-field handicap, but while Toscanini – who is best known for his role as a pacemaker for Ribchester – would not be one of the most obvious winners, nor would it be a huge surprise if he triumphed under Paul Hanagan.

Richard Fahey: "It would be nice to give him his day in the sun"
Martin Lynch

Indeed, last time he came home only three lengths behind Here Comes When in the Group 1 Sussex Stakes.

"It would be nice to give him his day in the sun," said trainer Richard Fahey.

"He's in good order and we are very happy with him. I think dropping down to seven furlongs is going to be a huge positive because he has got plenty of speed, even for six furlongs."

"Jungle Cat seems to have enjoyed the step up to seven furlongs," said Appleby. "I think going back to a more conventional track will suit him."

Some will be rubbing their eyes in disbelief but York is indeed staging a maiden race with a value of £70,000 – and unsurprisingly a maximum field of 20 has been declared.

The Convivial Maiden is the richest contest of its kind in the calendar, with among its many runners this year being the Sir Michael Stoute-trained Gabr.

Angus Gold: "The prize-money for this race is extraordinary"
Martin Lynch

"The prize-money for this race is extraordinary," said Sheikh Hamdan's racing manager Angus Gold. "York have been incredible with prize-money and devote themselves to making it as great as it possibly can be."

Asked if Gabr will take the lion's share of the cash, Gold added: "It was a very promising first start over a trip [six furlongs] that would have been too short for him. However, Michael wanted to give him a run close to home and if he had broken properly he might well have won anyway.

"We've been very pleased with him since his debut. He is a good-looking horse and we hope he will be a nice horse. This race will tell us more."

Handicaps at the Ebor meeting tend to be ultra-competitive and devilishly difficult to win but William Haggas has a better chance than most of landing this £70,000 event with two progressive three-year-olds in the field.

Mojito has looked good in scoring at Sandown and Newmarket the last twice and a 7lb rise in the weights for a highly authoritative success last time is far from harsh.

Battered, owned by Haggas's father Brian, got up close home in first-time blinkers at Goodwood three weeks ago and promises to be suited by this step up to a mile. 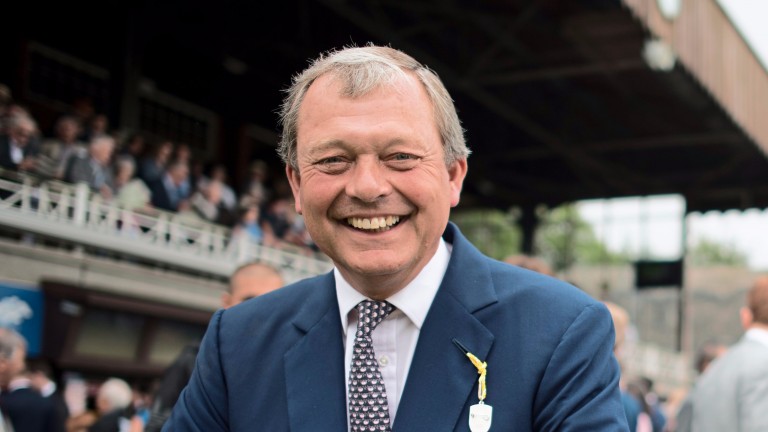 "They both have a chance," said the trainer. "Battered is drawn a bit wide. He ran well last time and he is up to a mile for the first time but he looks like he might want it now.

"Mojito has been in good form and we’re happy with his progress at this stage."

Haggas' pair are among four three-year-olds who come here on the back of victory last-time-out winners, in a race taken by subsequent Prince Of Wales's Stakes winner My Dream Boat two years ago.

Zymyran carries a 6lb penalty for his success in a first-time hood at Newmarket last week while Balestra makes his handicap debut after a seven-length victory in maiden company at Bath.

Read exclusive previews of the York Ebor festival from 6pm daily on racingpost.com

FIRST PUBLISHED 6:00PM, AUG 24 2017
York have been incredible with prize-money and devote themselves to making it as great as it possibly can be