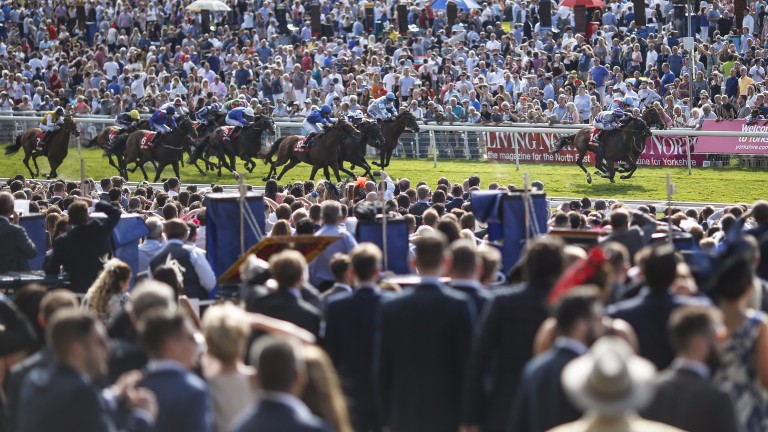 Nakeeta on the way to success in the 2017 Betfred Ebor, the last to be run under the current sponsorship
Alan Crowhurst
1 of 1
By Scott Burton UPDATED 1:02PM, SEP 22 2017

Executives at York racecourse believe that Europe's richest Flat handicap will prove an attractive proposition for future backers as they prepare for Betfred's departure from race sponsorship next July.

The Tote first sponsored the Ebor in 1976 and the last seven editions of the race have been run under the banner of Betfred, who secured the Tote in 2011 but who will not be continuing with the vast majority of their sponsorship portfolio when their monopoly on pool betting comes to an end on July 12 next year.

Betfred also back the Dante Stakes at the May meeting, a deal which will still be in place when the race is next run.

"We have worked well with the Betfred team through the seven years of the pan-racing agreement that covered the pool betting and the sponsorships," said James Brennan, head of marketing and sponsorship at York. "The Betfred Dante falls before July 12 2018 and so continues as such. They have repeated their assurances that it remains part of the plan."

As for the Ebor- which, along with the Melrose Handicap, carries the Betfred banner- Brennan will be looking for a first new sponsor since the Tote took over the race from Terry's All Gold in the mid-1970s. 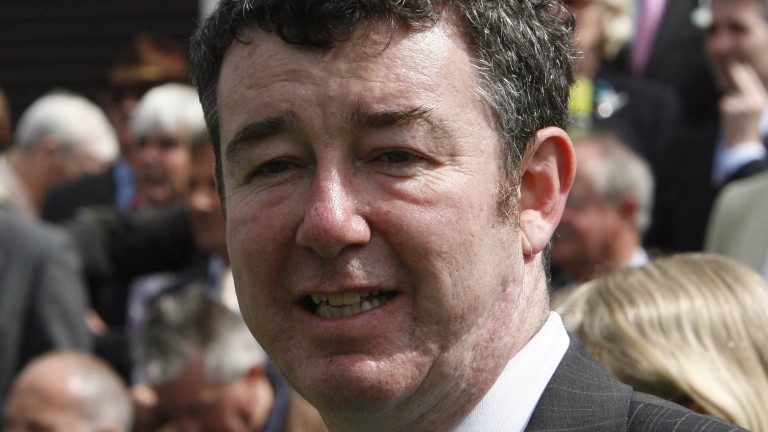 James Brennan: "We are very proud of the Ebor"
GERRY CRANHAM.

"We are proud of the Ebor and hopefully we will find a great new partner for it if that is the way that the post-July 12 world is looking," said Brennan.

"If the Juddmonte is our richest race and the Nunthorpe is our fastest race, I tell people that the Ebor is our 'famous-est' race. As Europe's richest Flat handicap and a huge summer betting heat, it is the sort of property people are interested in, both betting brands and other companies that want the celebrity. Nothing in commercial life comes easy but we will start conversations with people."

Betfred also operate the three on-course betting shops at York, having also inherited them from Totesport in 2011.

"York is a busy site with 360,000 plus racegoers through the season," said Brennan. "The wider betting world evolves but I would be very hopeful that the retail shops would be an attractive proposition."

If you enjoyed reading this story, try this:

Have Betfred made a success of the business since leaping into the pools?

FIRST PUBLISHED 12:23PM, SEP 22 2017
As Europe's richest Flat handicap and a huge summer betting heat, it is the sort of property people are interested in

York chief hopeful of bigger crowds despite likely delay to 'Freedom Day' 'He's very much on the up' - progressive sprinters clash on the Knavesmire Less is more: top bookmakers 'disheartened' by return of overcrowded Saturdays